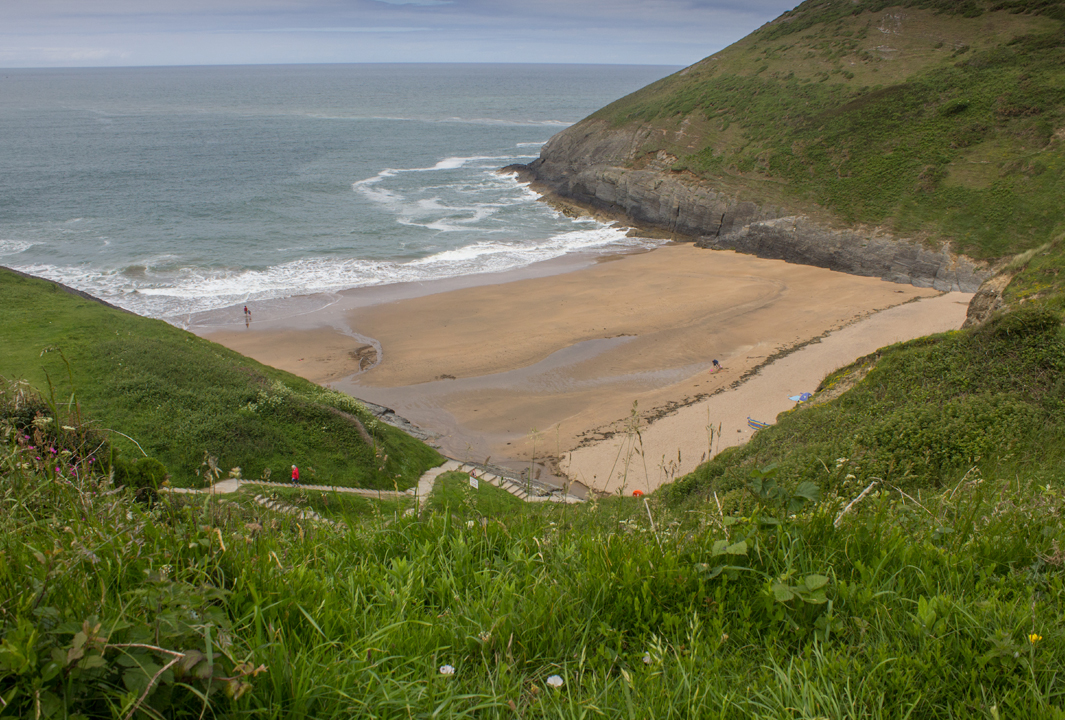 Mwnt beach has featured very close to the top of my ‘favourite places’ in the world list for years.

Last week, I was talking to an American couple who had been traveling around the UK for a few weeks and were headed to Wales next. They hadn’t got any solid plans yet and made the mistake of asking me for recommendations. I barely need an invitation to wax lyrical about Mwnt at the best of times, so I think they were a bit taken aback and soon regretted asking. I hope they went and saw it for themselves because it is such a wonderful place. I hope they went and tell all their friends about this beautiful little beach some crazy lady in their hotel told them about.

I first went there over ten years ago when my Nan took me, my sister, and my cousin on holiday. We stayed in a little cottage just up the road from the beach, and we would spend the day in the sea, building sand fortresses with moats and my cousin had an odd habit of collecting jellyfish in a bucket…There’s a hill on one side of the beach, which we used to climb up every night to call our parents. (If they thought they were escaping us by sending us on holiday, they were wrong. Not even rubbish O2 signal on a Welsh beach is going to stop me annoying my Mum.)

The second year my Nan took us away, I think she was expecting to go somewhere else but we loved the place so much we badgered her to go back. I’ve been back a handful of times since then, the last time being with Daz last summer. I would love to pop back before we head up to Edinburgh but it’s looking very unlikely at the moment.

For me, visiting Mwnt beach is almost like a pilgrimage. A lot has happened since my first trip there over a decade ago; I’ve passed exams, I’ve made friends, I’ve lost friends, I’ve had arguments, I’ve mustered the courage to stand up to people, I’ve quit uni, I’ve finished uni, I’ve worried a lot, but I’m still here.

Do you have anywhere like that in your life?

Going up the Wrekin / aka how unfit I am