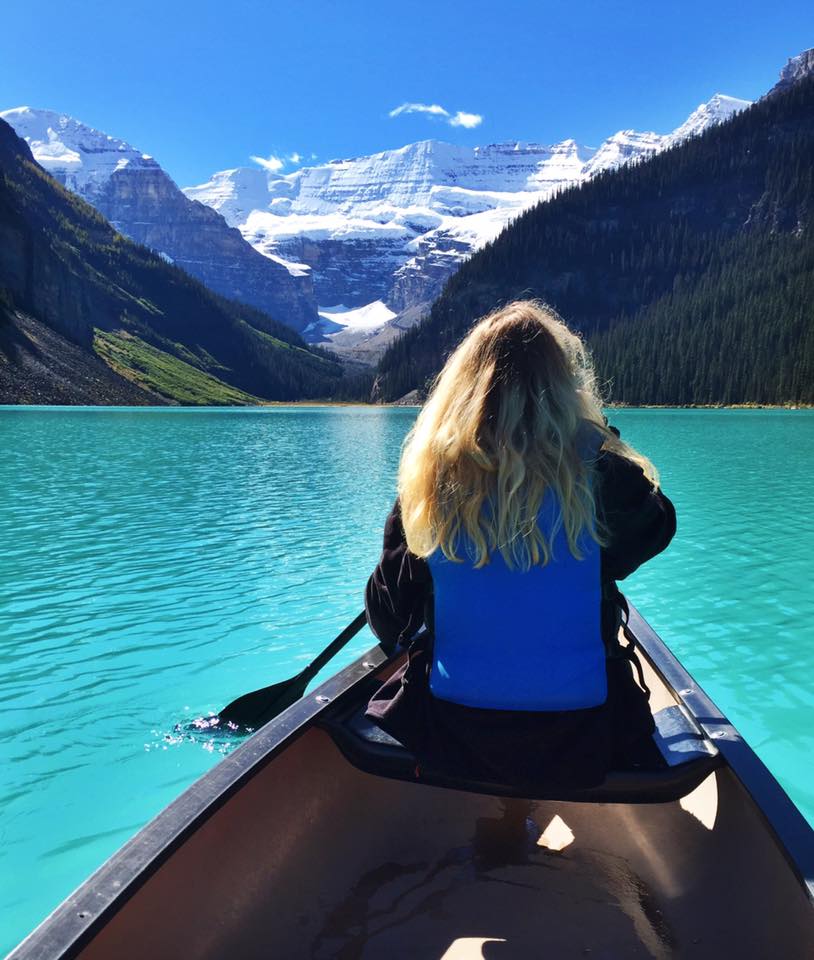 The tale of the time we went kayaking on Lake Louise is much happier than last week’s post about kayaking on a windy Maligne Lake.

After a couple of days in Jasper, we headed back down the Icefields Parkway to Banff and spent a few days camping at Two Jack Lakeside. (If you’re ever going to Banff, skip the hotel and camp here because no hotel will beat the views from that campsite. Plus you will save a lot of money camping.)

To be honest, I wasn’t fussed about going to Lake Louise. I was expecting it to be a crowded tourist trap and hadn’t got high expectations. My thought process was a little like this; “How can somewhere so touristy beat the likes of Emerald Lake?”. 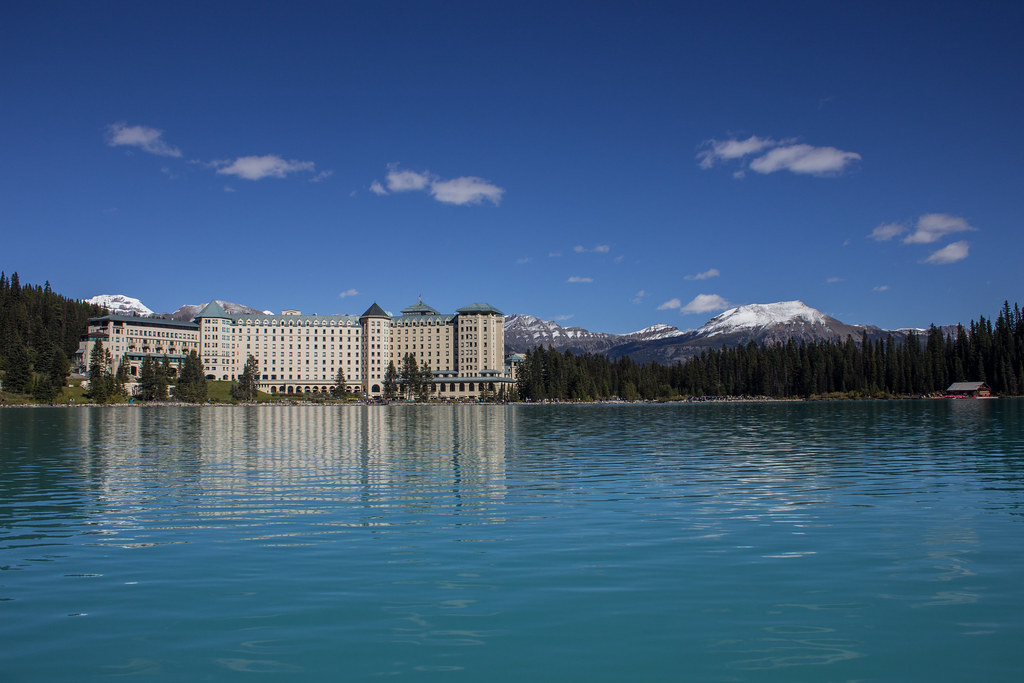 Don’t get me wrong, it was busy in front of the Fairmont hotel but the crowds dispersed quite a bit once you followed a trail, and it wasn’t like the lake itself was packed with people kayaking. It seemed like a big chunk of the tourists just wanted to see the lake and the hotel and weren’t bothered about following trails; don’t let the amount of people put you off.

On the way up to the Lake Agnes teahouse Daz and I both commented on how beautiful and calm Lake Louise looked in comparison to Maligne Lake, and we both felt like we had some serious unfinished business with kayaking. 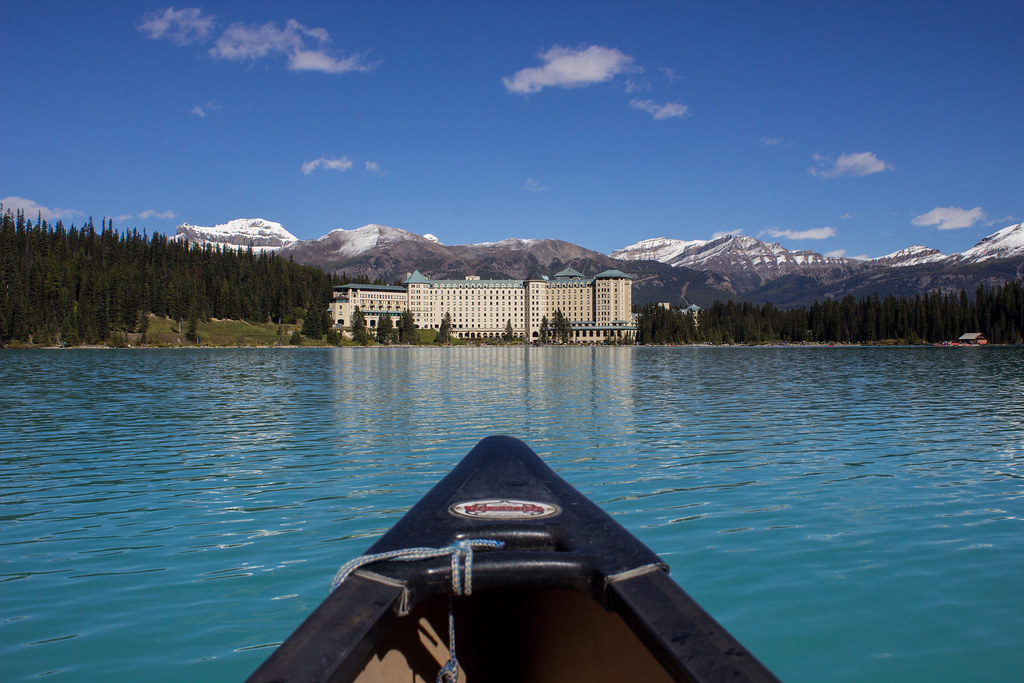 When we returned from Lake Agnes it was mid-afternoon on our last full day in Canada. The sun was shining brightly, the sky was almost as blue as the lake, we had some spare pennies left over and decided Lake Louise was going to right our kayaking wrongs. 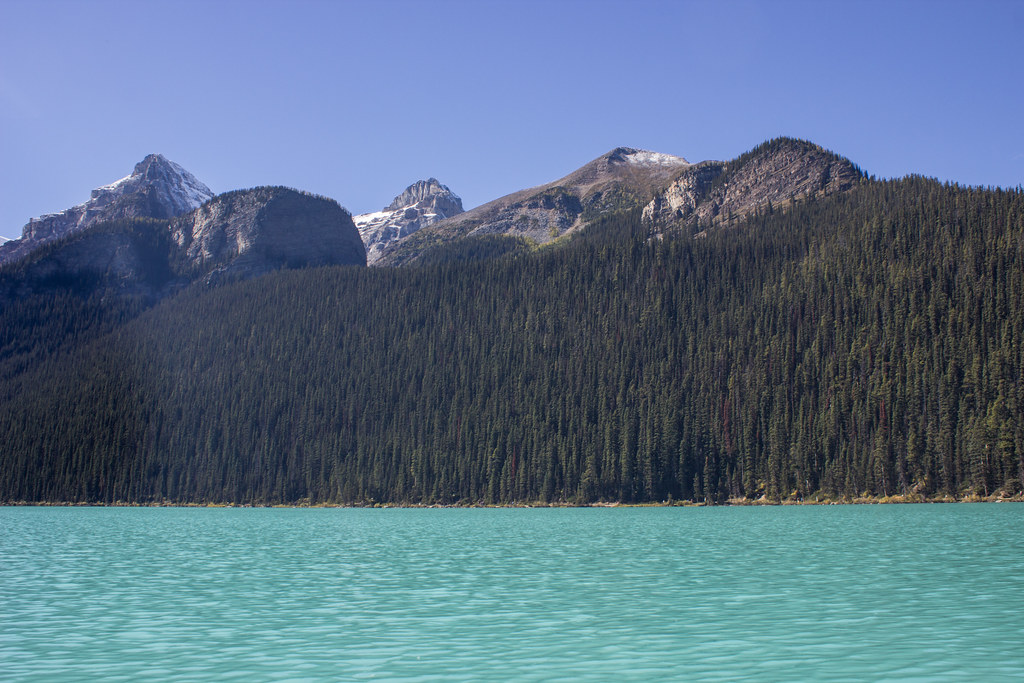 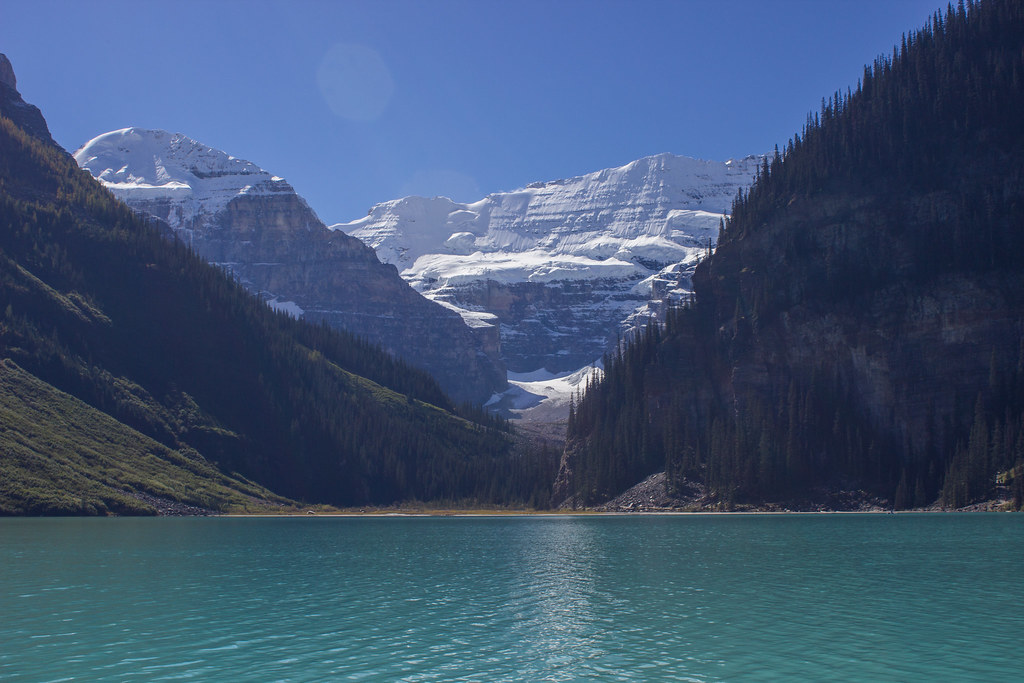 With no wind, it was like sailing in a huge bath filled with the prettiest and bluest LUSH bath bombs. We could barely believe the colour of the water we were sticking our paddles into. It was completely opaque, which didn’t feel quite right for a lake, and seemed more like paint water. 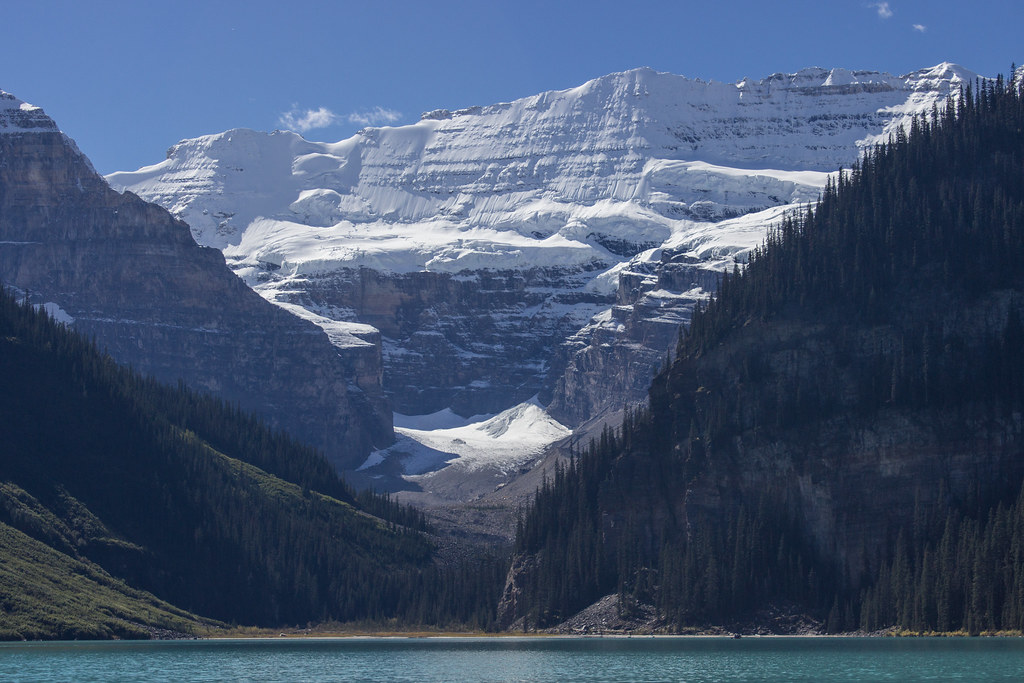 I think we had an hour on the lake, which was more than enough time because the lake isn’t really that big and it doesn’t take you very long at all to feel serene. You could hire kayaks for longer but I doubt you would need any more than two hours because you’re not allowed to get out of the kayak anywhere apart from at the boat house.

If you’re going to Banff, I would definitely recommend a trip to Lake Louise because there is so much to do there:

Tip: While you’re in the Lake Louise area, pay a visit to Moraine Lake. In fact, get up early, visit Moraine Lake first before all the crowds and then head to Lake Louise. You will thank me for the early morning wake up call.

Have you ever been somewhere you weren’t expecting much from and ended up loving it?

Why you should visit Emerald Lake, Yoho National Park

How Vancouver won us over