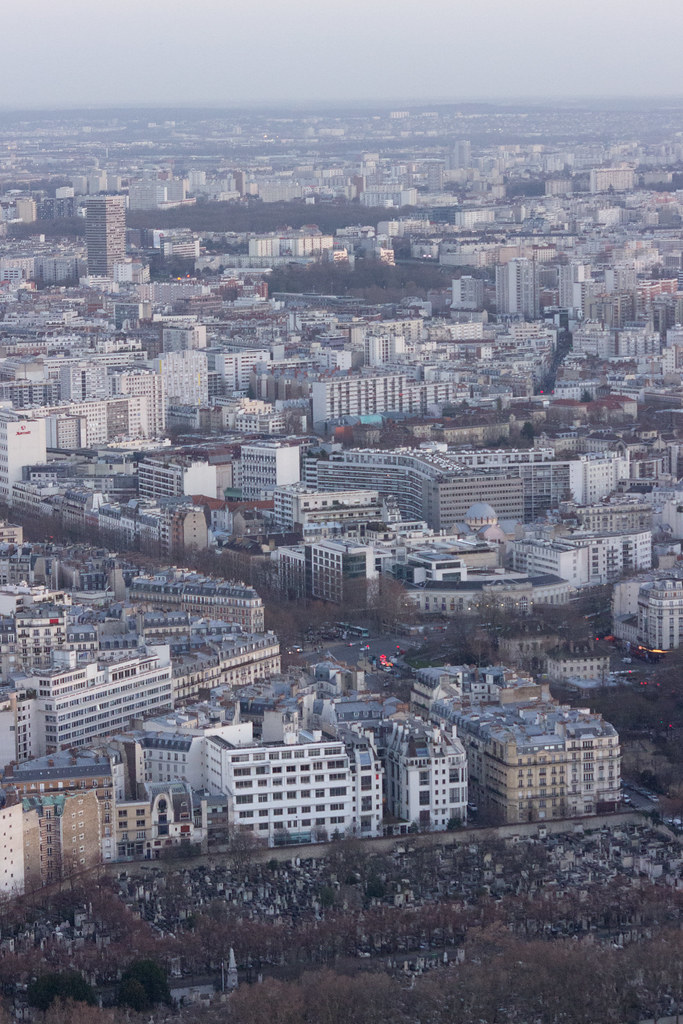 The Eiffel Tower is easily the most iconic building in the Paris skyline, but the problem is that you can’t see it when you’re up it; enter Tour Montparnasse, the best view in Paris.

Tour Montparnasse is that huge black building you can see from the Eiffel Tower. The building itself is probably the least appealing building in the city; it’s got a very 70s look to it and it sticks out like a sore thumb amongst the beautiful buildings of Montparnasse.

However, it’s redeeming quality is that you can’t see it when you’re stood on top of it. Instead, you are treated to stunning 360 views of Paris. Also, the queues are much shorter than at the Eiffel Tower. 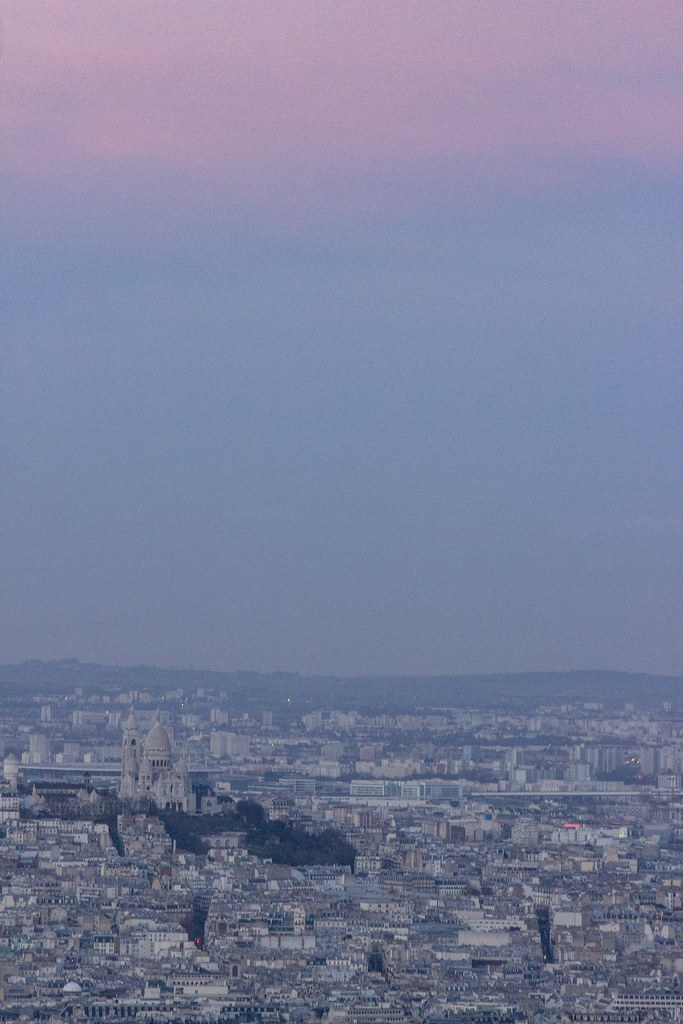 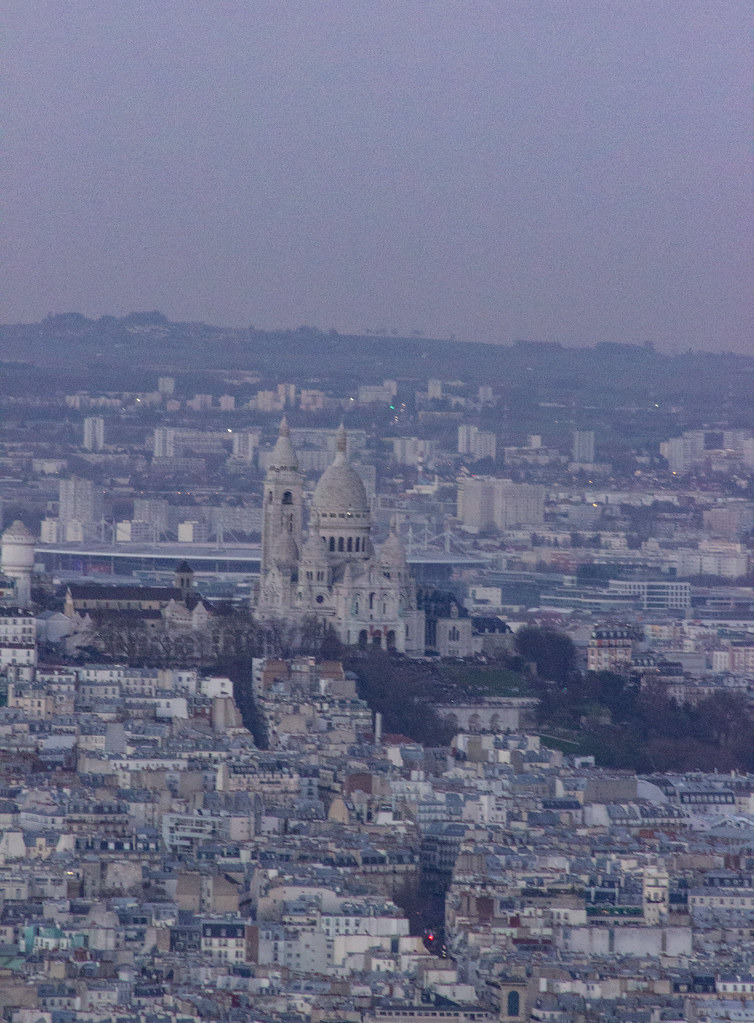 Tom and I managed to time our trip up Tour Montparnasse perfectly for sunset. It wasn’t the most spectacular sunset I’ve ever seen in terms of the colour and vibrance, but it was really special to watch the City of Light bathe in an orange and pink glow.

Security is high at Tour Montparnasse and you have to put your bags through an x-ray scanner, and walk through a scanner like you do at an airport. Once you pass through security, you’re shown to some of the fastest lifts in Europe, which climb to the 56th floor in less than 40 seconds. 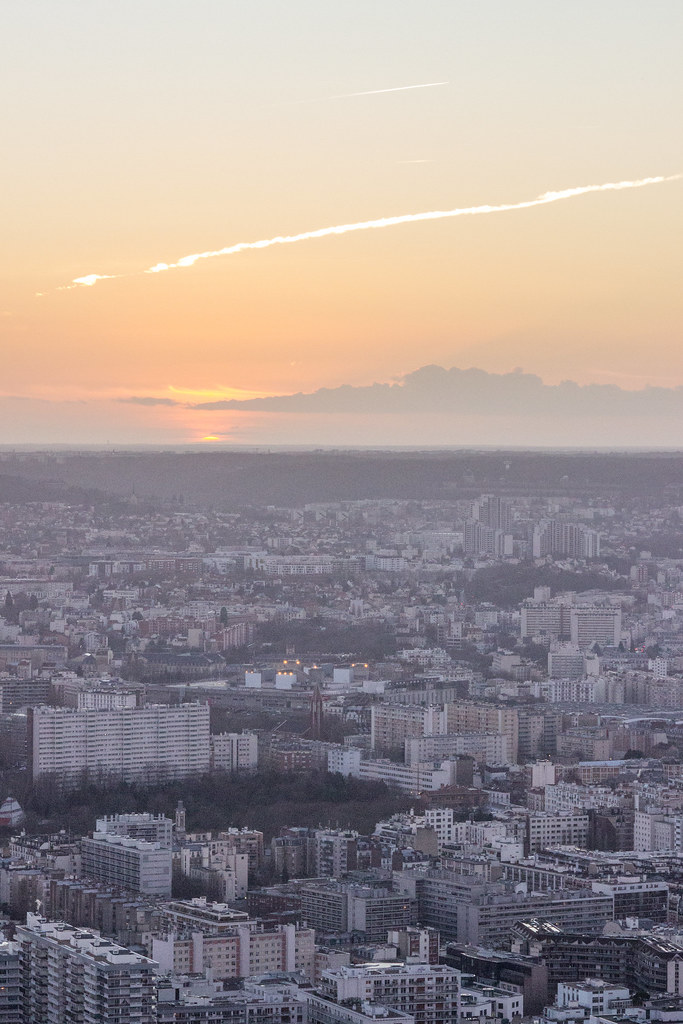 Floor 56 contains a cafe, somewhere to have a very touristy photo taken by staff, toilets, and a gift shop. Through the huge windows on this floor is where you get your first brilliant views of Paris, but take the stairs up to floor 59 to have your breath taken away.

The top of the building is entirely open, allowing 360 degrees around the city. Tour Montparnasse have been clever and photographer-friendly here by designing the clear safety fencing with a small gap in it to let you poke your phone / camera through so you can get clear photos, instead of having reflections in them, or mesh fencing.

We went up at about 5pm, and it was surprisingly quiet. There were probably about 30 other people up there at the same time as us and though most people were on the side facing the Eiffel Tower, it didn’t feel crowded which allowed us to soak in the views. 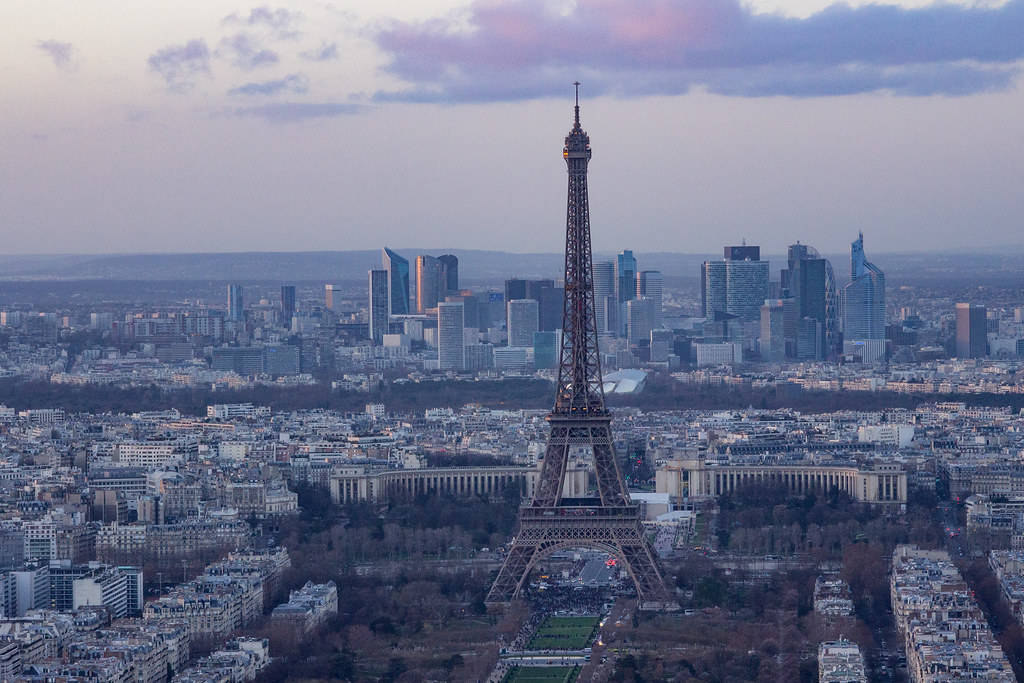 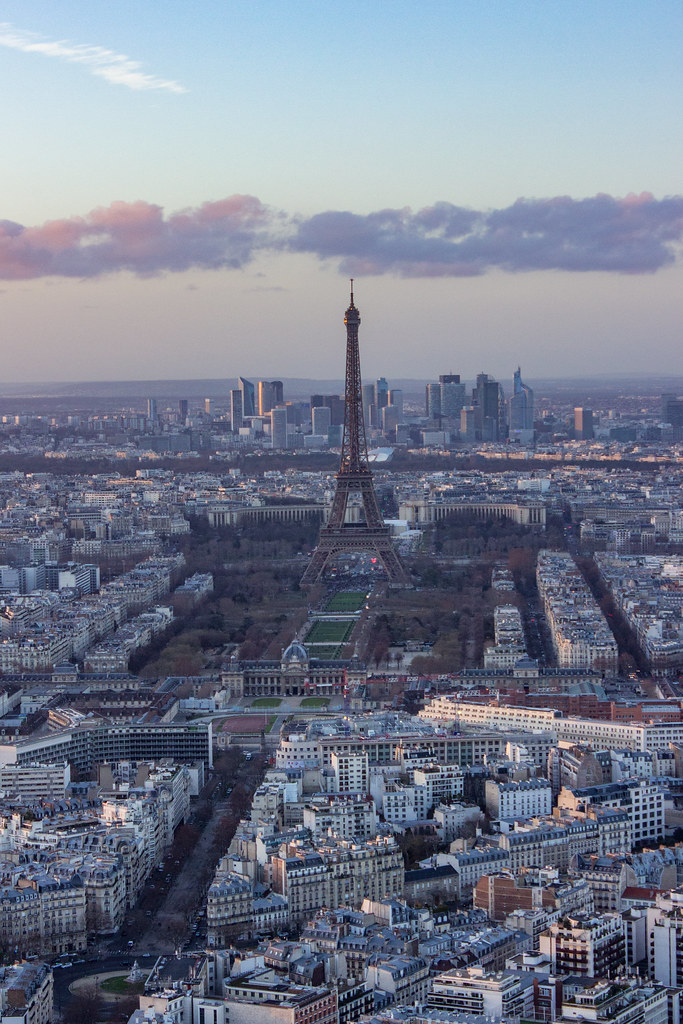 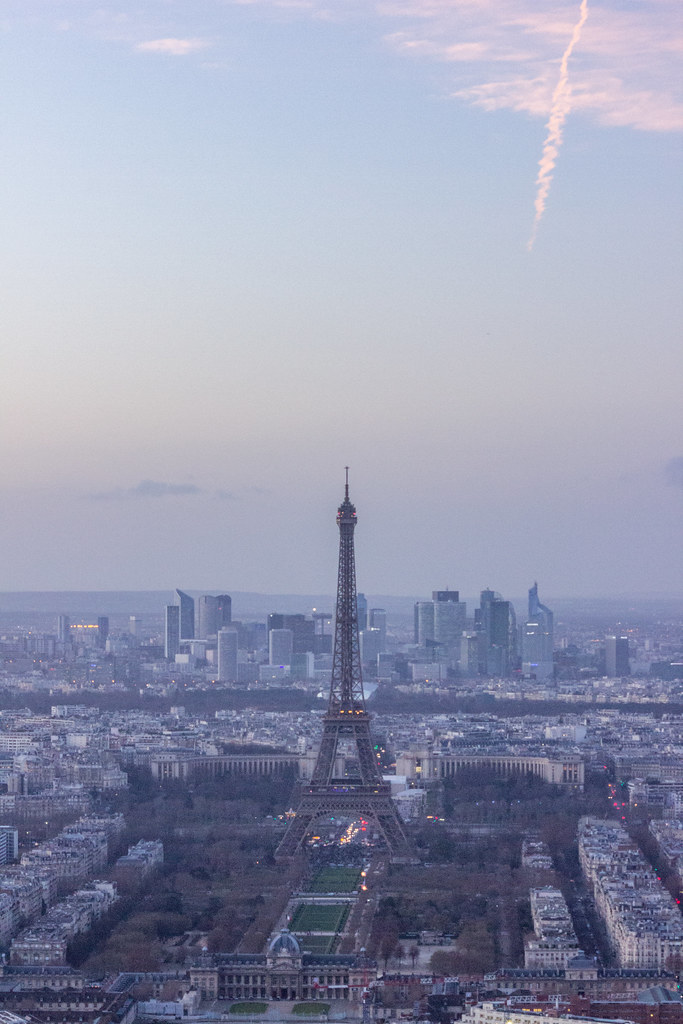 You can see every part of the Parisian skyline, but obviously the Eiffel Tower steals the show.

If you’re heading to Paris any time soon, make sure you pay a visit to Tour Montparnasse, and then enjoy a meal at one of the many restaurants around the tower.