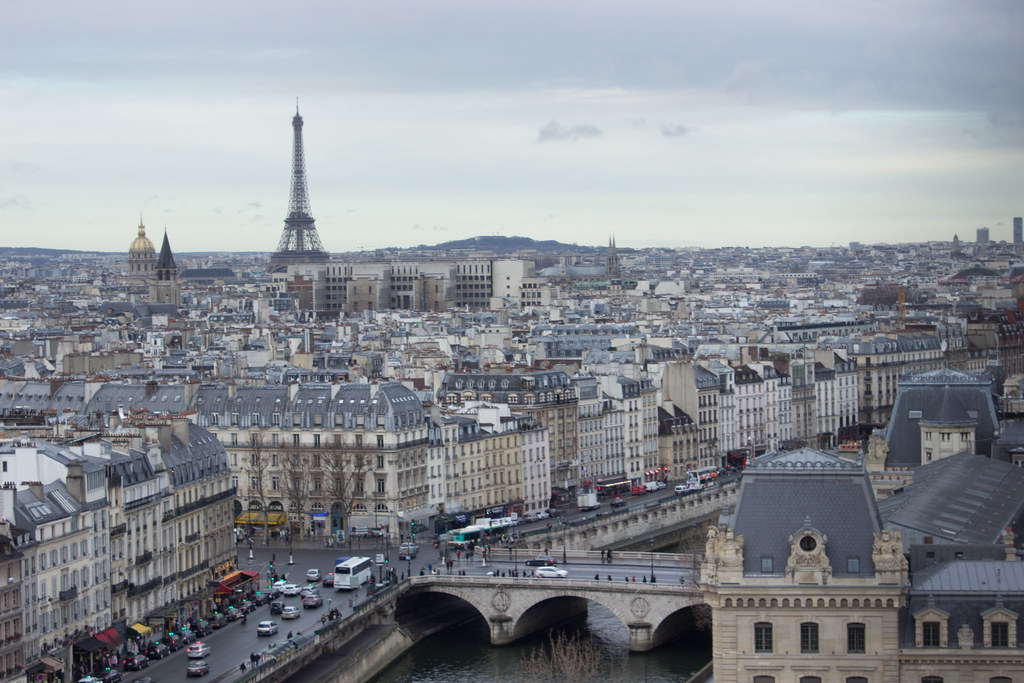 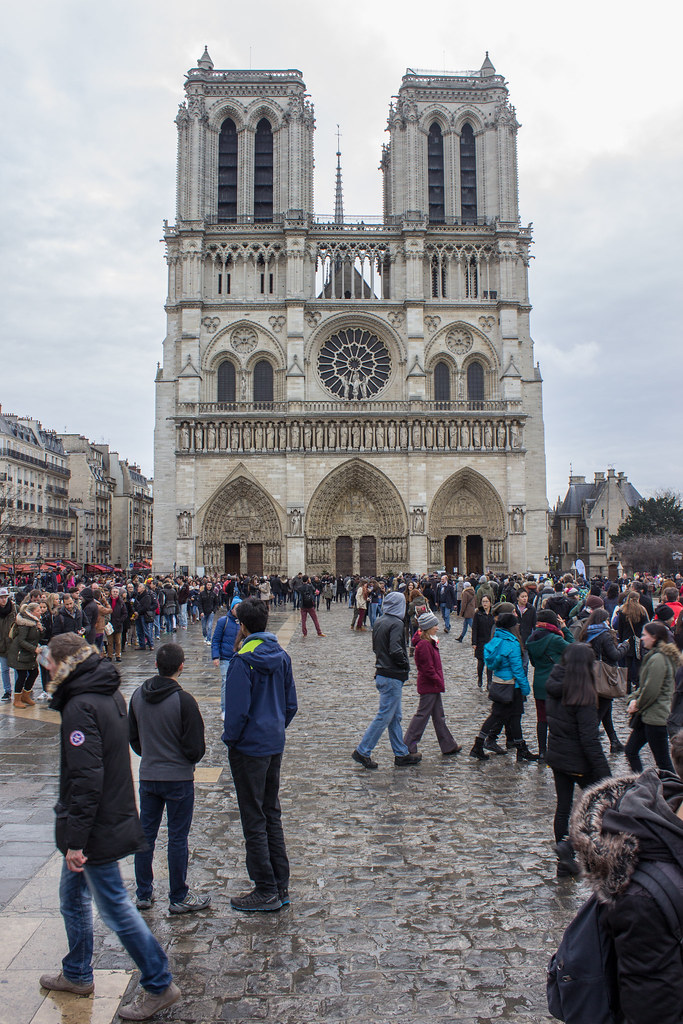 I must admit, the first time I went to Paris I had no idea that you could climb up the towers of Notre Dame.

It wasn’t until I read Anna and the French Kiss where Anna goes up the tower that I ended up googling it to find out that you could go up. I mentally kicked myself for not doing it when I went, and promised myself I would do it the next time I went to Paris.

Tom and I got up early, and caught the train out to Notre Dame, arriving before 9. It’s free to go into the cathedral itself, but the earlier you get there, the shorter the queue will be – and the queue gets long fairly quickly. 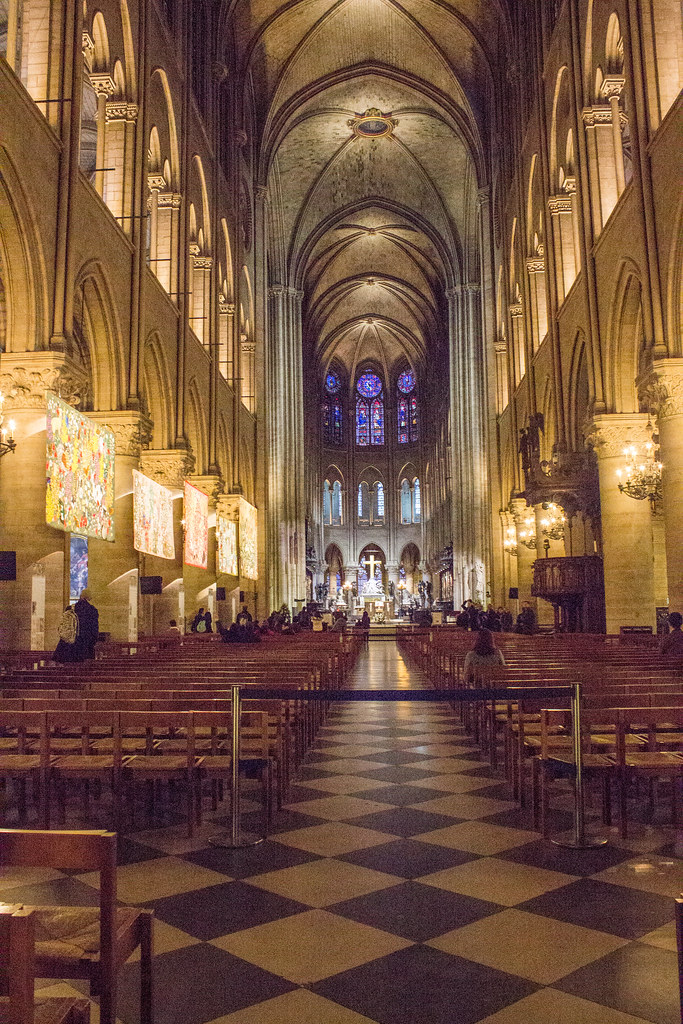 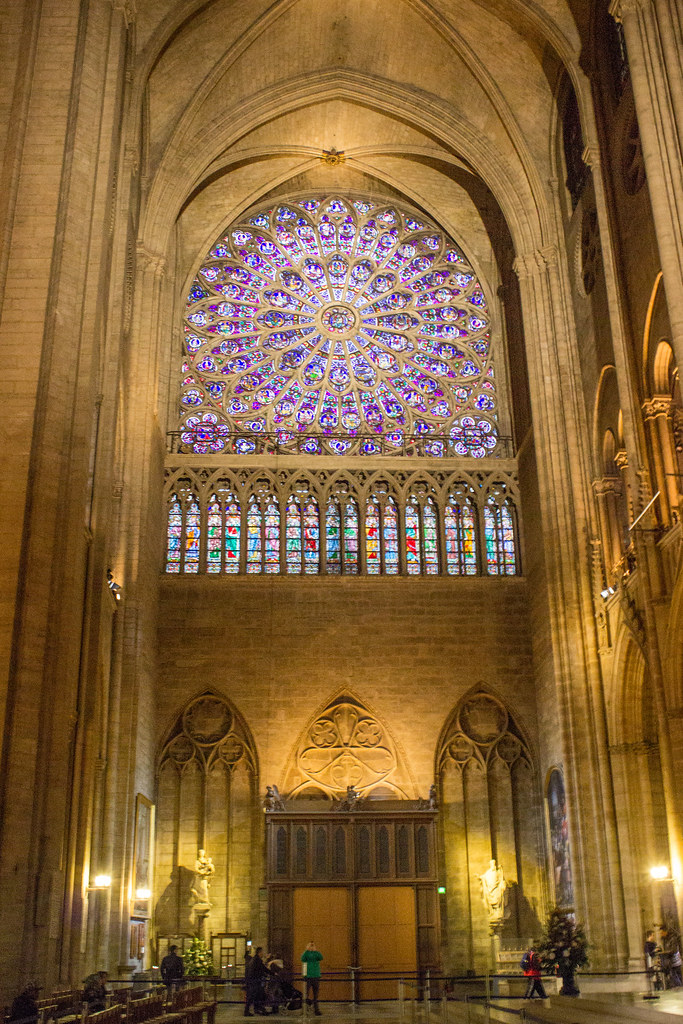 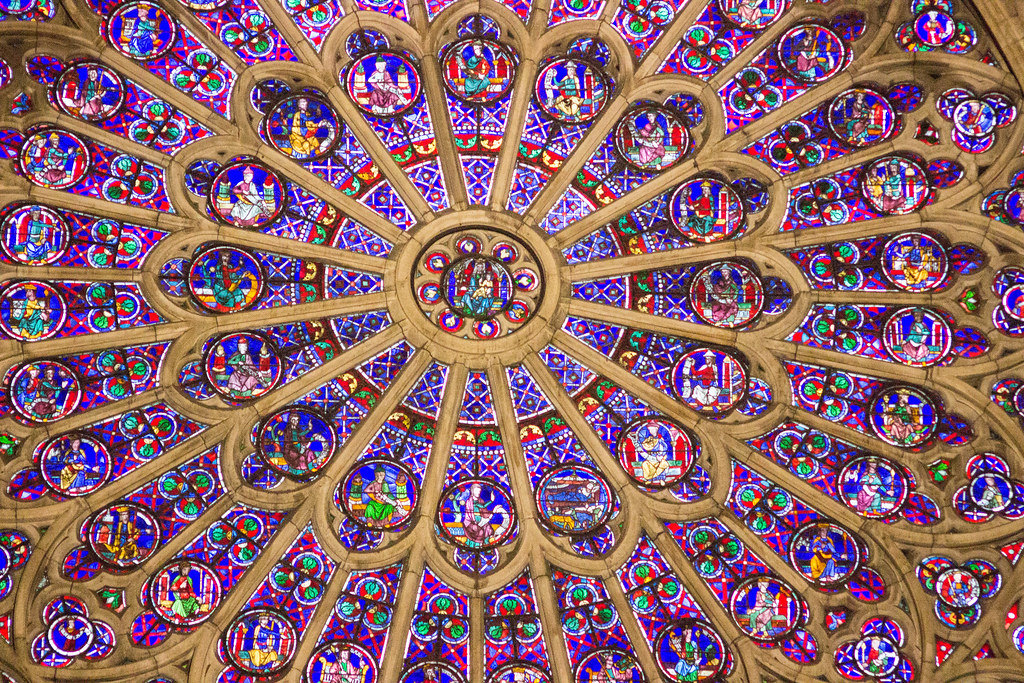 Religious or not, it’s impossible to deny the beauty of Notre Dame – especially the rose windows. They are so beautiful and vast – I’ve seen what I consider to be pretty big stained glass windows before, but they have absolutely nothing on Notre Dame’s rose windows. 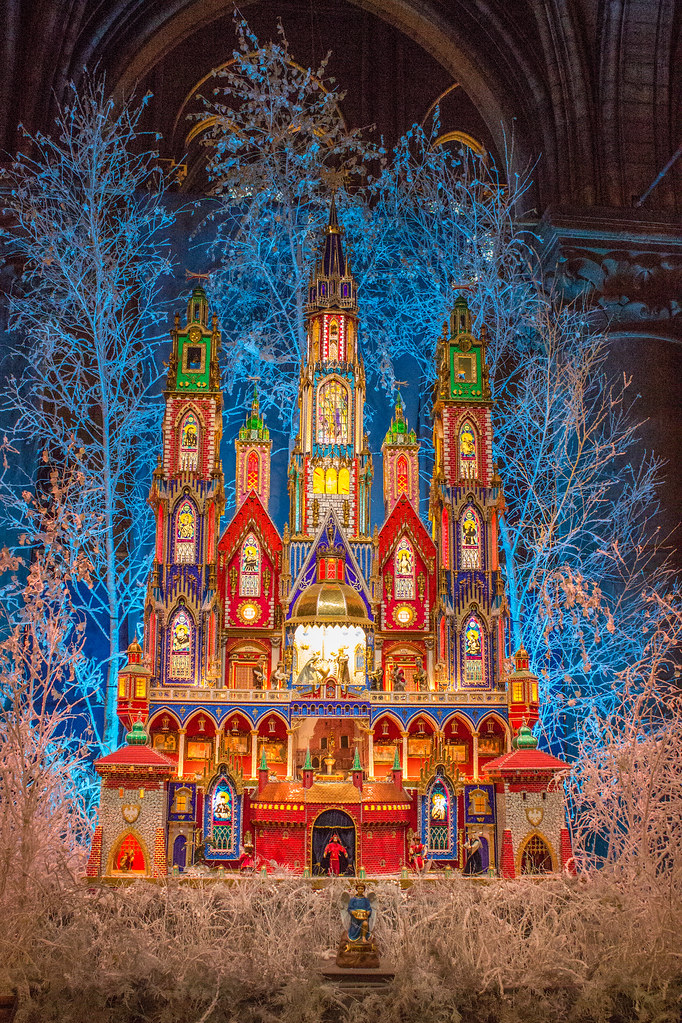 We went a few days after Christmas, and they had a beautiful Polish-style nativity scene, that was mesmerising.

After exploring the cathedral, we exited and turned right to join the queue to go up the towers. Trips up the towers don’t begin until 10am, which gives you time to view the cathedral while it’s relatively quiet first and still have plenty of time to join quite a short queue.

They only allow about 30 people up at a time, which is why the waiting time grows so quickly. We were the second lot allowed up – but we joined the queue at 09:30 and didn’t end up going up until 10:30 because they were late opening. It’s inevitable that you’ll have to queue – to get at the front of the queue, you’ll have to get there early, and if you join it later on, you’ll have to queue. That said, it was worth it – us Brits have a high tolerance towards queuing anyway.

Your trek up stairs begins before you’ve really started the tour – you have to climb up a fair few stairs to get to the ticket room / area where you wait to allow the group up there to come down the stairs. The great thing is that the Notre Dame towers are free if you are under 18 with family or between 18 and 25 living in an EU country. Full priced adult tickets are fairly inexpensive at 8.50 EUROs. (Price right at time of posting.)

Once the stairs are clear, you’re free to start your ascent up 387 steps up a tight stair case. Your thighs will burn, you might get out of breath, and maybe you’ll think you’ll see that croissant you had for breakfast again, but the panorama over Paris at the top is more than worth it. 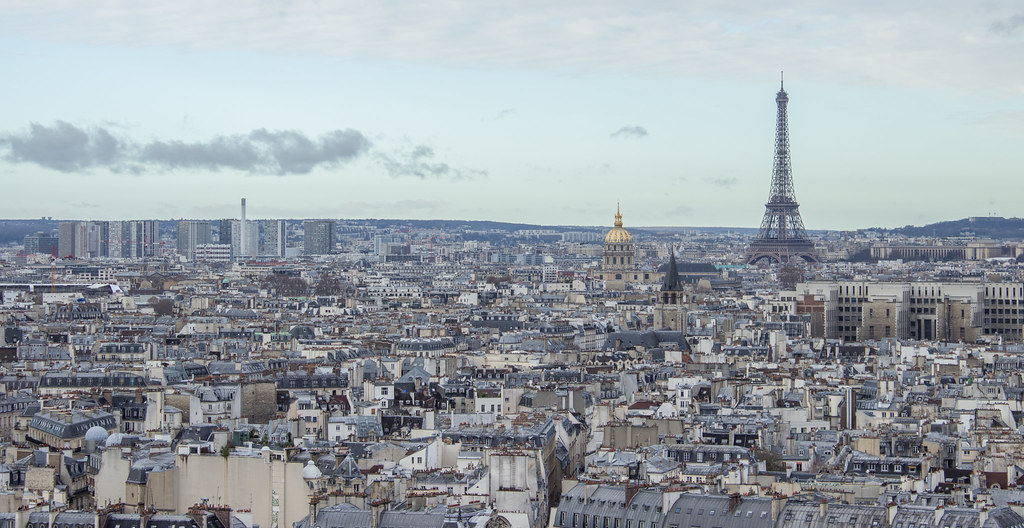 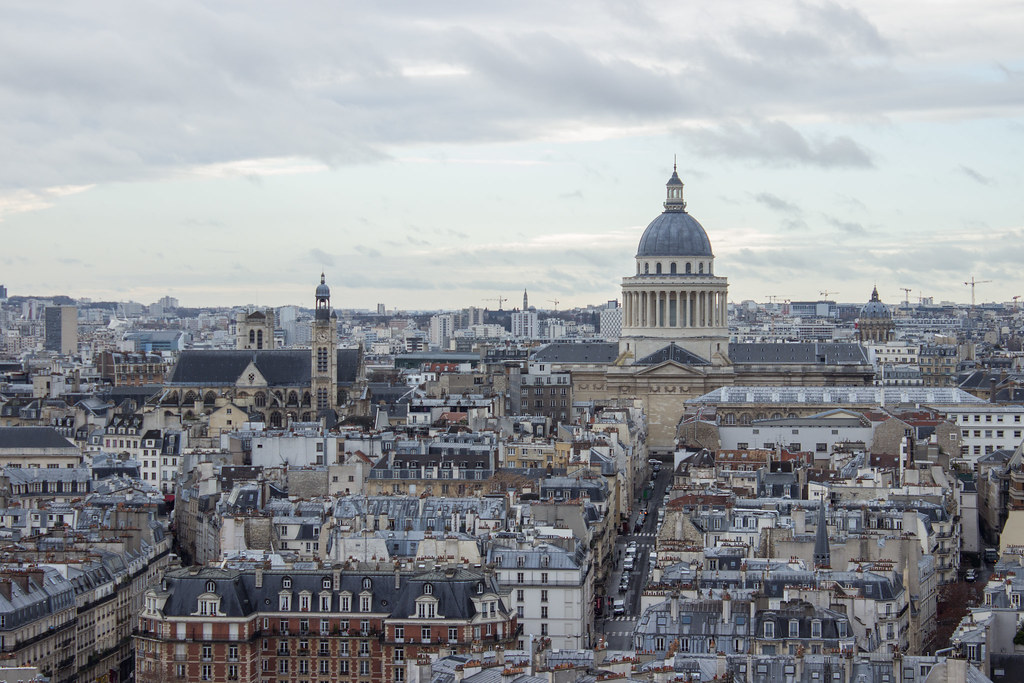 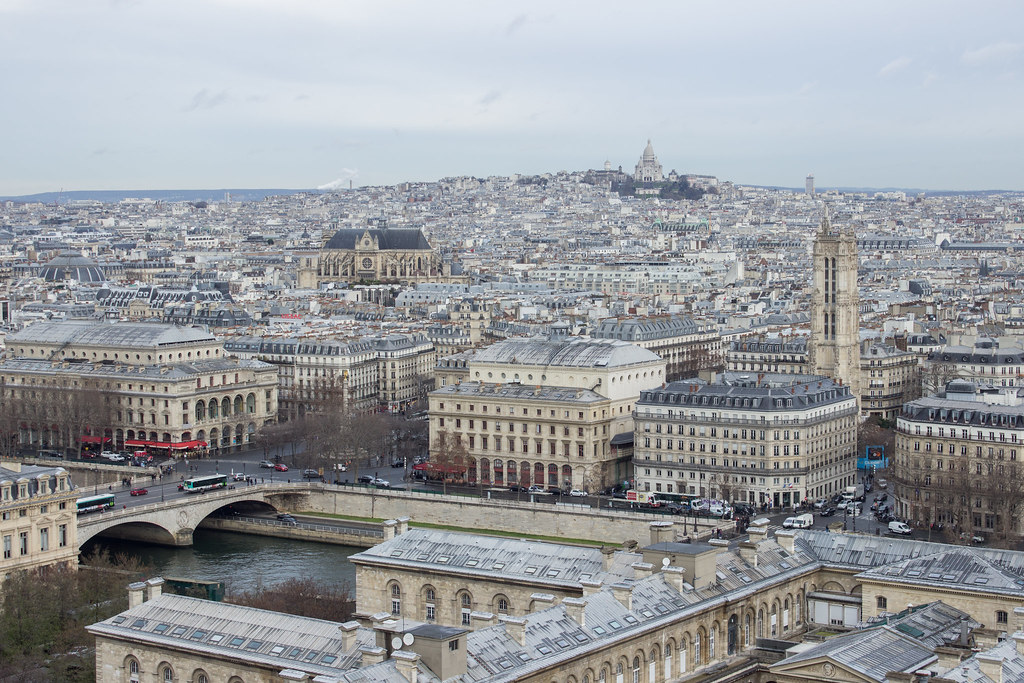 There isn’t a huge amount of space for maneuvering around people at the top, which causes annoying bottlenecks where everyone is just stood there, unable to move until a load of people are let back down the stairs. Though, I don’t suppose they thought about leaving enough space for people to get around people taking photos when they begin building work in the 12th century. 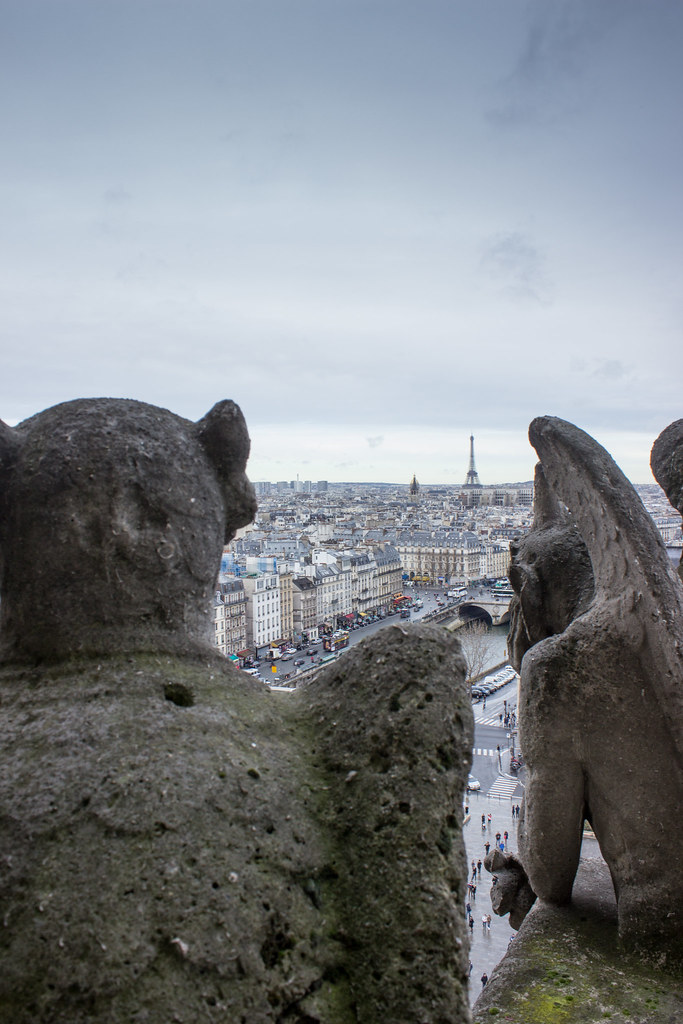 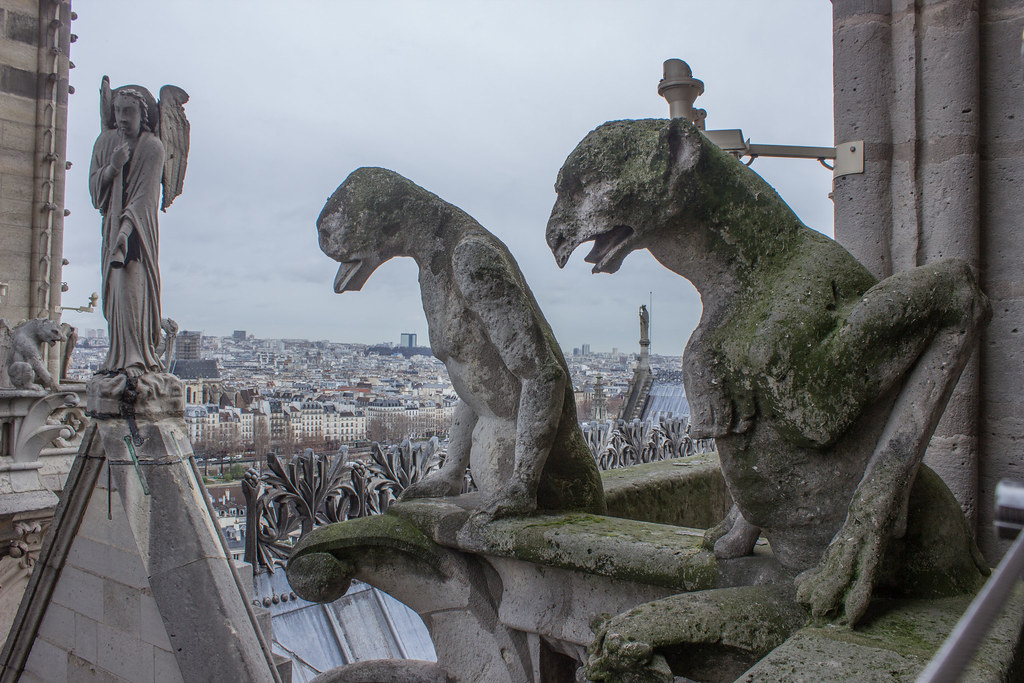 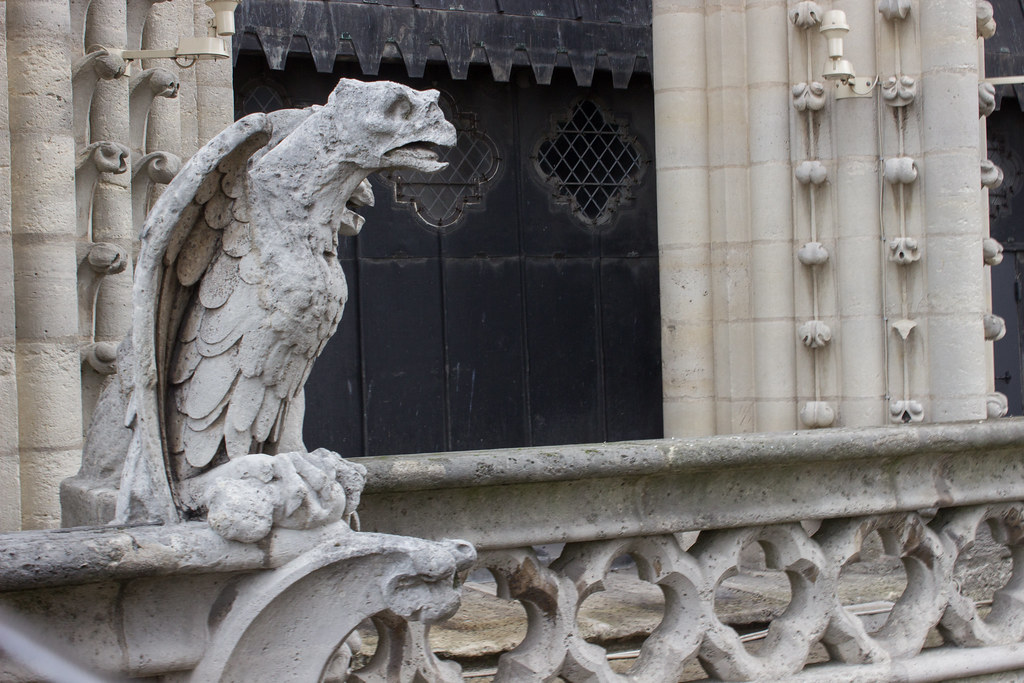 Not only does Notre Dame give you a beautiful view over the city, but it also allows you to see the ornate detailing and, of course, the gargoyles up close. 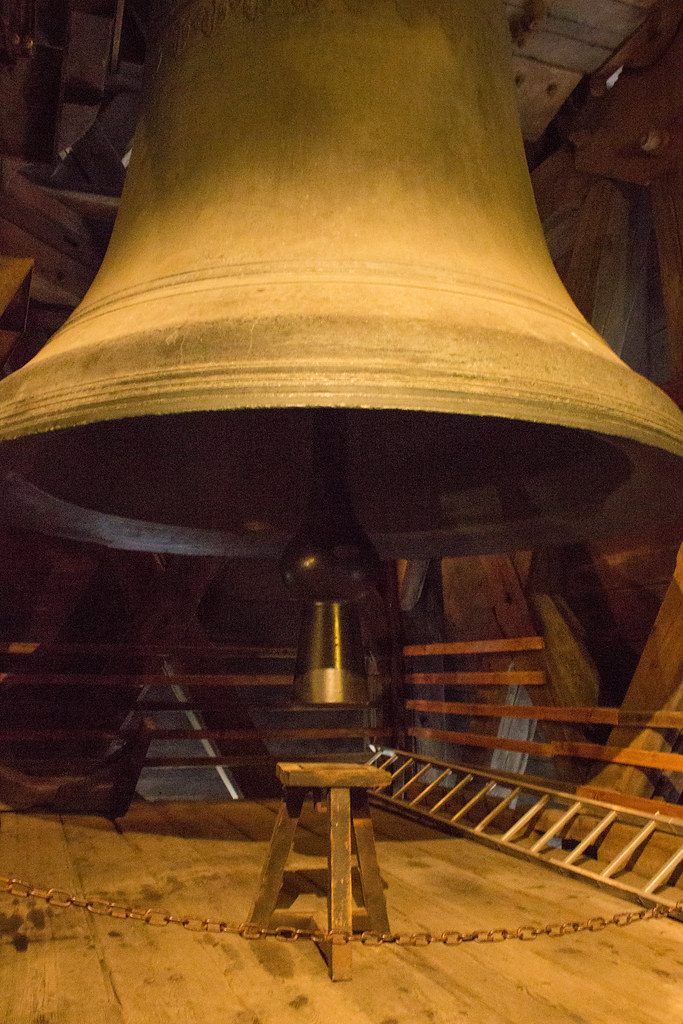 You also have the chance to see one of the bells up close, and can go up even more steps to the highest point of the cathedral. Again, there’s not much space to maneuver here, but if you’re anything like me and like seeing a city from up high, you’ll enjoy it. 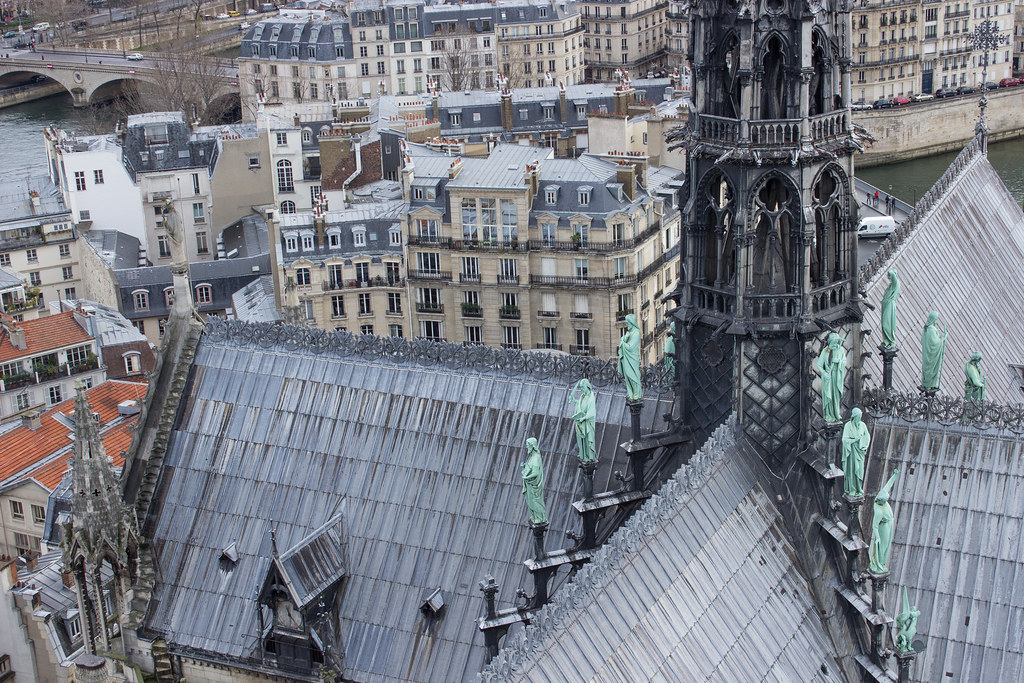 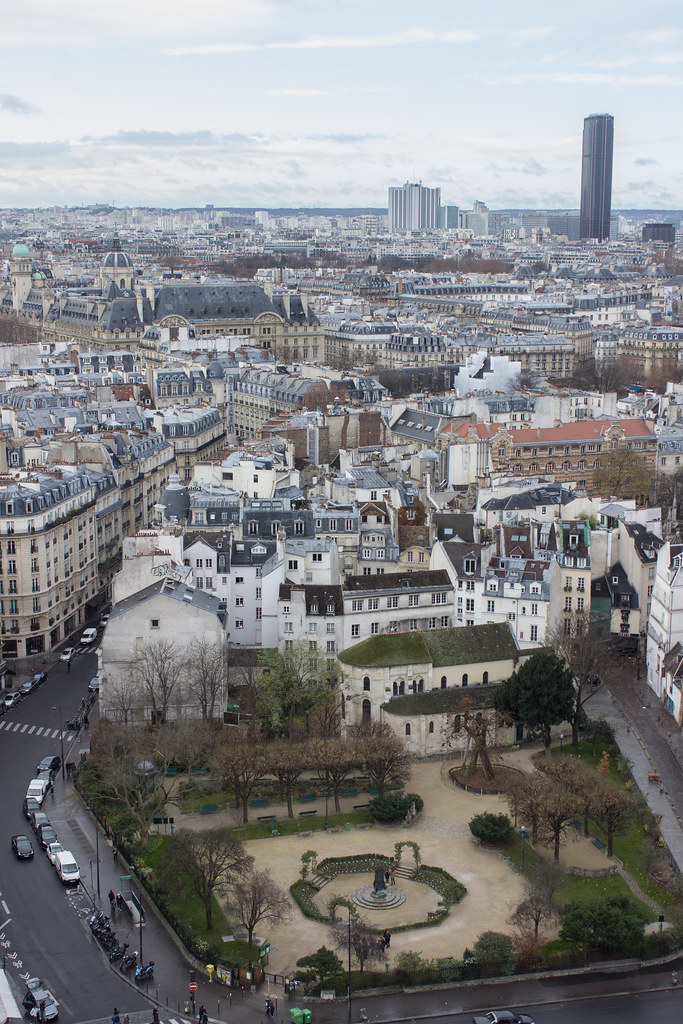 That huge building you can see in the right is Tour Montparnasse – well worth a trip up for yet more beautiful views, especially of the Eiffel Tower.

The trip back down the stairs is slightly less painful, though it does feel a bit disorientating after a while. 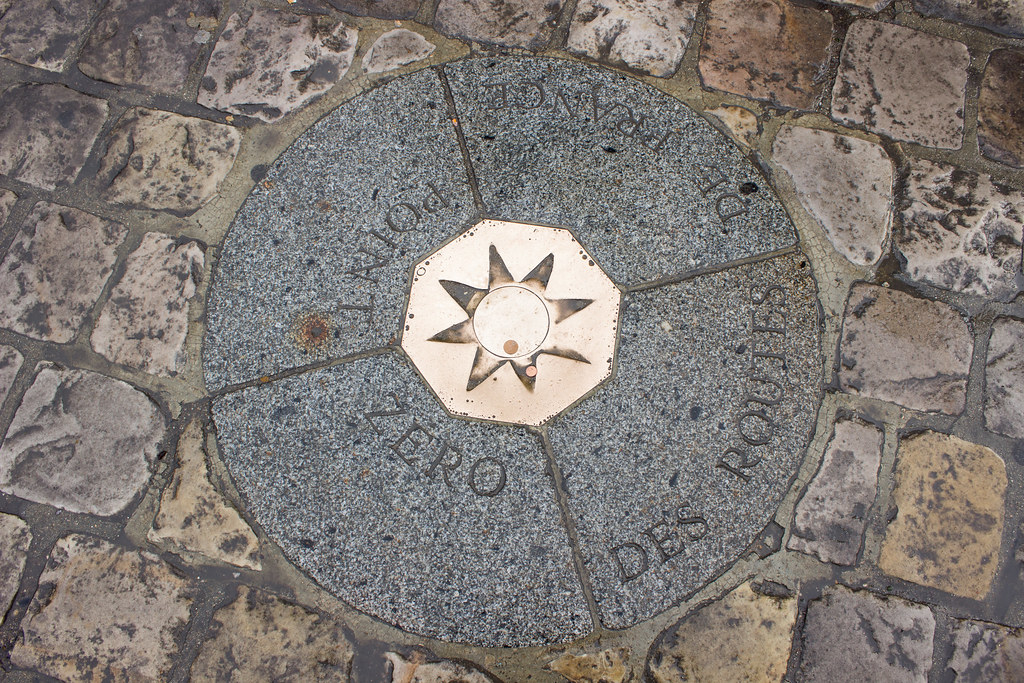 When you reach the bottom, I recommend having a hunt around on the ground in front of Notre Dame to find a golden star on the ground. Point Zero is said to be the centre of Paris, and is where all distances from Paris are measured. It’s not as easy as I expected, and I guess that’s because it blends in so easily.

Some people make wishes on the star, or have other little rituals like kissing on it. Finding Point Zero isn’t an essential part of visiting Paris, but it’s one of those really cool little things that seems to make a trip even better.

“We’re not gonna be eaten by wolves” @ Lake Minnewanka