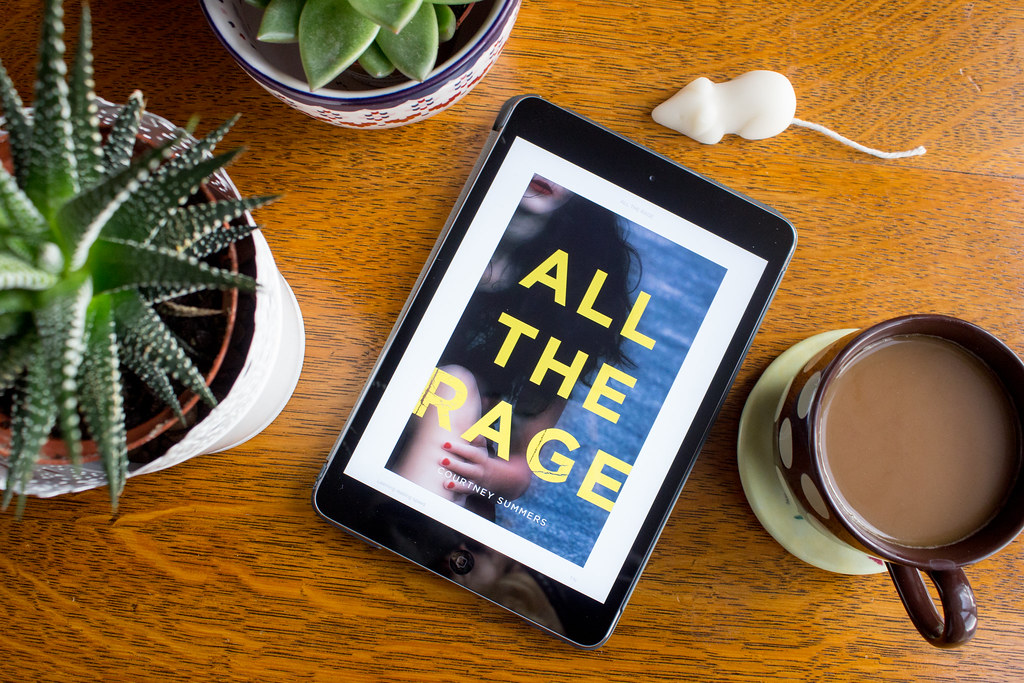 I cannot get enough of authors pushing the boat with heavy topics in young adult, and I wanted to read All The Rage as soon as I read the description.

Trigger warning: All The Rage discusses rape and sexual assault.

All The Rage follows the story of our protagonist, Romy, who is trying to deal with the aftermath of being raped. She has become an outcast from her friendship group, is regularly bullied, and it’s quickly clear that no one believes that she was raped.

The blurb focuses heavily on her attack and a link to a girl who goes missing, but the blurb is quite a poor representation of the book. I do take blurbs with a pinch of salt because their job is to pull you in, but I went into All The Rage expecting one thing and got something very different.

For starters, the attacker, who is referenced in the blurb, is only mentioned in passing in the actual book. I was expecting that maybe they were at school together and she might have to deal with that, but nope. I also thought that maybe we would see a lot more of a back and forth between people who didn’t believe her (as her attacker is labelled a ‘golden boy’), but that didn’t happen either.

I must admit that the timeline baffled me to begin with. It jumps back and forth quite confusingly (despite being labelled…) and I found it a little tricky to figure out what was happening and when. On top of that, despite the horrible things Romy was going through and having to deal with, I didn’t connect with her.

Now, I have two thoughts about why that might be:

I should have felt angry that Romy was the victim of a horrific attack and victim blaming. My blood should have been boiling because her attacker got away with it. I wanted to feel for her so badly, but it just didn’t happened. Believe me when I say I tried.

Additionally, some of her actions didn’t make sense to me and felt a little forced as a way to add something into the plot. Again, I feel like this could also be due to her mental state but I’m not entirely convinced that that’s why.

The pacing wasn’t bad, though it felt a little slow at times, but the plot didn’t do much for me as a whole; I didn’t ever feel that I could really figure out what the focus was on. A former friend going missing seemed like a bit of a distraction and I felt that the ‘resolution’ was very rushed and not particularly satisfactory for me.

In general, it felt quite directionless the majority of the time and perhaps that was the whole point, but if it was it wasn’t made clear enough. I would have preferred the book to focus on Romy coming to terms with what happened and people finally believing her.

On paper, All The Rage should have been a book I thoroughly enjoyed. I like reading about difficult topics and as Louise O’Neill proved to me in Only Ever Yours, a book about dark topics doesn’t need a happy ending, or to be nice to read in any way, to be gripping or powerful.

I’ve said mostly negative things about this book so far, but I cannot deny that it did keep me gripped. Though, some of that was me waiting to see when this book would live up to the blurb. Courtney’s writing style was beautiful also, very poetic at times.

“You know all the ways you can kill a girl?
God, there are so many.”

I also really liked the relationship between Romy, her mother and stepfather, and her boyfriend. That gave me an insight into what it must be like for parents to feel so helpless when their child is suffering. The relationship with her boyfriend made me think about something I’d never really thought about before; how do you move forward and have a relationship after going through something like that? I commend Courtney for opening my eyes there.

Now, it does seem that I’m not in the vast majority with this book because there are so many four and five star reviews for All The Rage on Goodreads. It was definitely one of those books where I read the reviews and asked myself if I was reading the same book as everyone else.

With all of the above said, I’m not going to tell you not to read it because you might read it and love it. I also think it’s really important to read about heavy topics that open our eyes to other people’s experiences and give us some kind of understanding of what it’s like to go through something like this.

I see victim blaming being challenged more and more and I think books like this can go a long way towards helping people understand what it’s like to not only have to deal with sexual assault, but to then have people think you’re a liar and / or blame you for it.

*I received a copy of All The Rage in exchange for an honest review. As nice as free books are, it does not affect my opinion of a book at all because you guys are too awesome for me to lie.