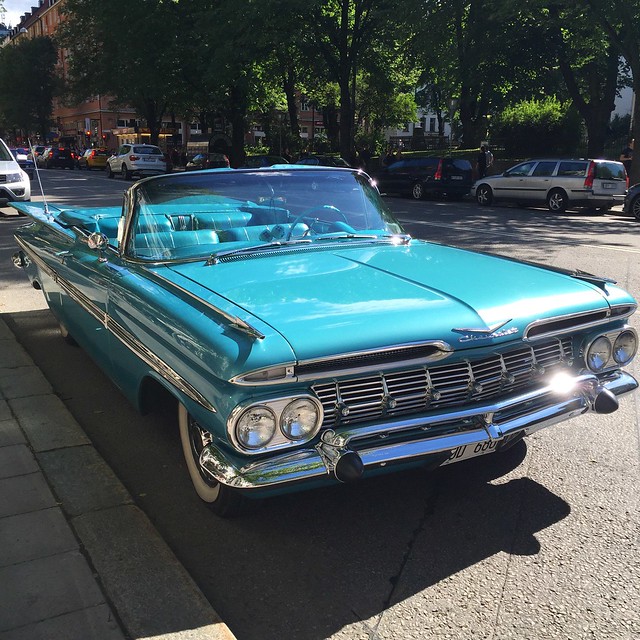 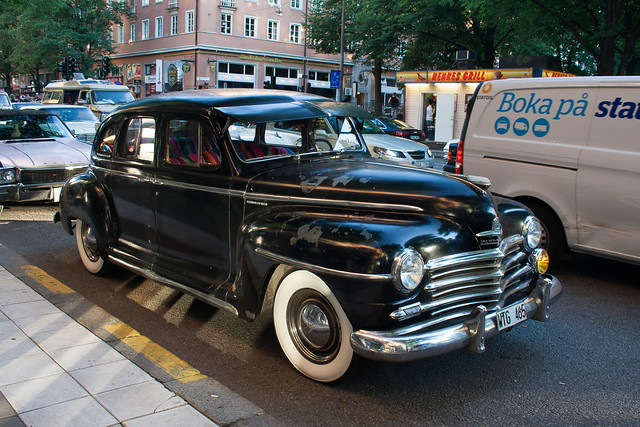 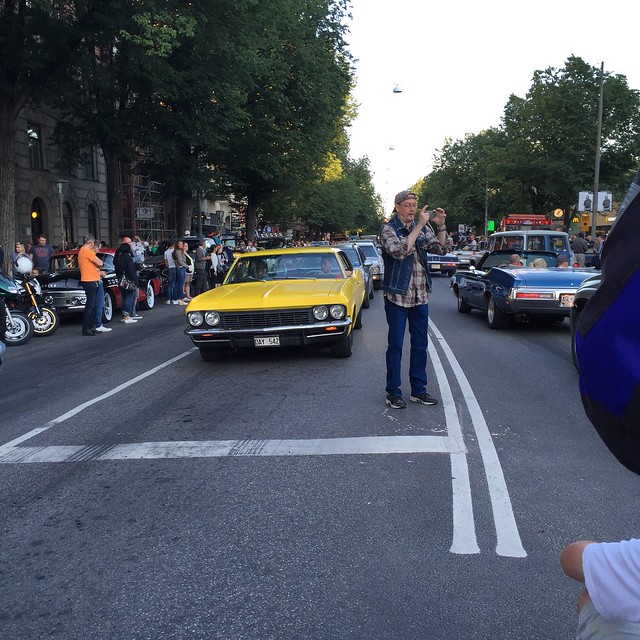 One day, we spotted quite a few old American cars driving around, but by the evening the street our hotel was off was at a stand still as old cars paraded down the street.

The street was rammed full of locals and tourists. People had taken deck chairs and were sat out on the sidewalk with their friends, enjoying all the beautiful cars parading past. There were people playing music, piled into the back of cars, and I feel like I might have even seen people with a BBQ. 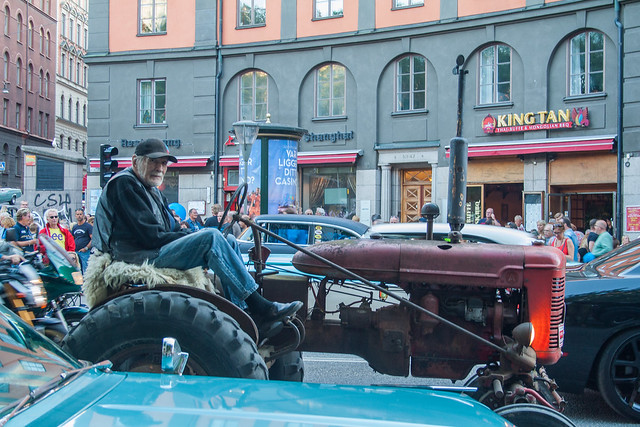 There was even this guy, riding a tractor. 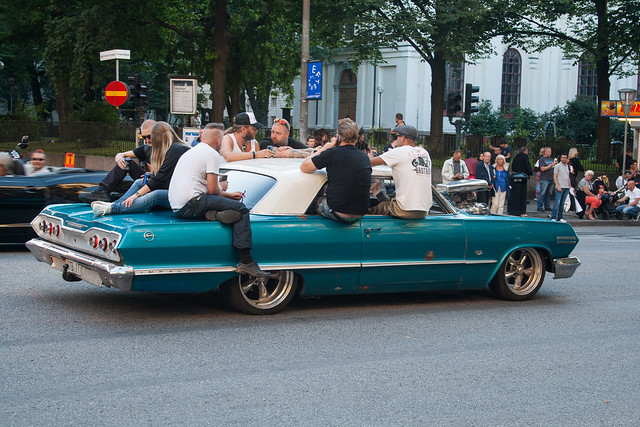 This would definitely not be allowed in the UK.

We were taken aback when we first saw it, because it wasn’t something we expected to see at all. We spoke to the hotel staff afterwards, who told us it happens quite often. There’s quite a big club of old American car enthusiasts in Stockholm, and they hold this kind of parade each month down Sveavagan.

The Police had shut the road off to ‘normal’ cars, and there were a couple of Police officers milling around, though they were mostly just directing traffic. It was such a chilled out affair, and I think that was a bit of a culture shock because I doubt a similar event would be held in the UK and still feel so relaxed. For starters, there’d be orange tape and fencing everywhere which would stop you getting within 50 feet of the cars.

Catching the parade was a really nice surprise and a bit of a cherry on top of our holiday.

Have you ever seen something that surprised you while on holiday?