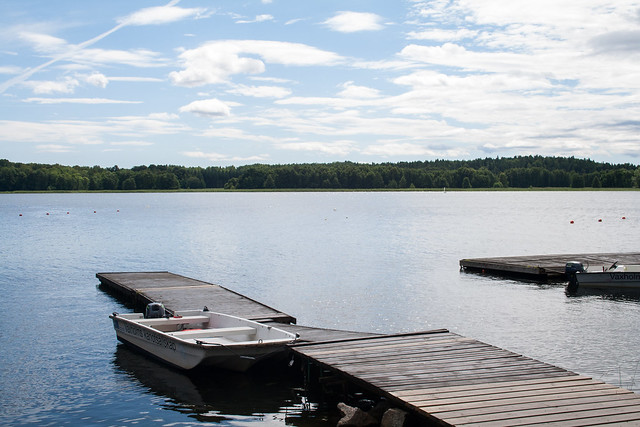 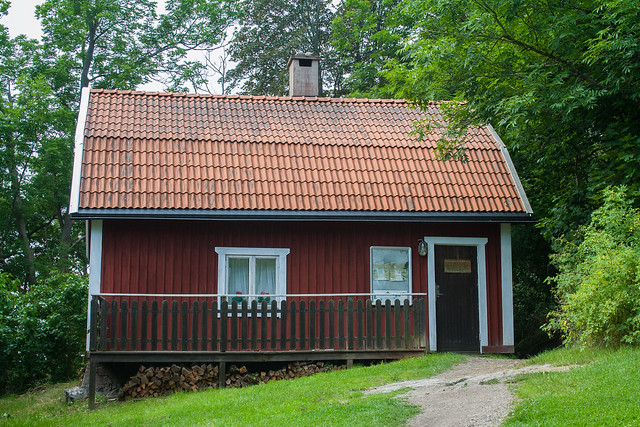 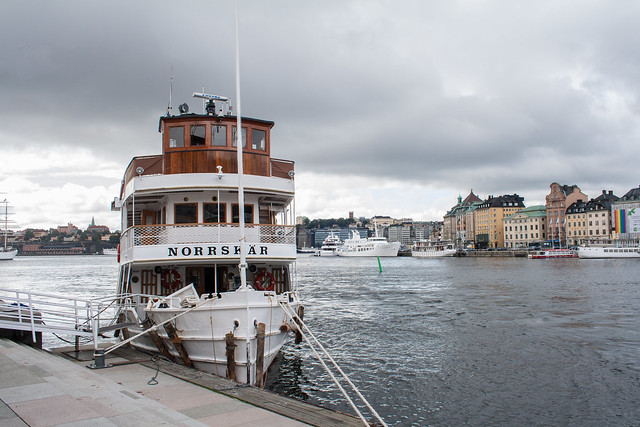 Stockholm is quite a spacious, green city (in my experience, anyway), but if you hop on boat for 45 minutes, you’ll find yourself on the beautiful island of Vaxholm.

The Swedish archipelago is made up of almost 30,000 islands, and Vaxholm is often called the capital of the archipelago.

We did a bit of research before we went into which island to go to, and there was so much choice, but we decided to go with Vaxholm as it seemed to have the most things to do, and it was about an hour away on the boat.

Since it’s called the capital, I was expecting it to be quite big and busy, but it isn’t. We walked the length of it in under an hour. Though the harbour area is touristy (but not to a tacky level), the rest of the island isn’t and it’s mostly forest / beach / green space, or residential.

My Mum and I followed a coastal path from the harbour towards Erikso. There were a couple of points where we had leave the path and walk through residential areas, and it was so quiet that it was almost a little eerie. 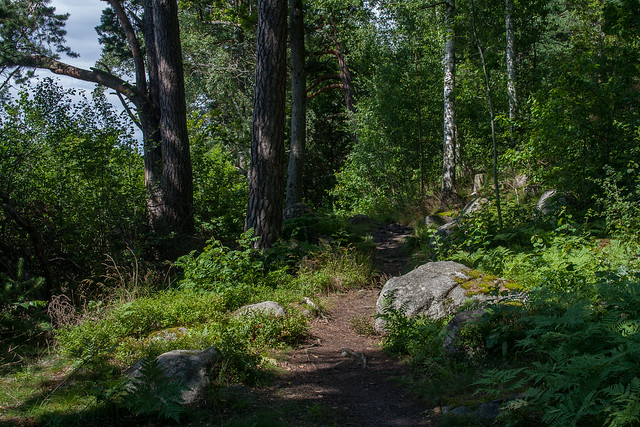 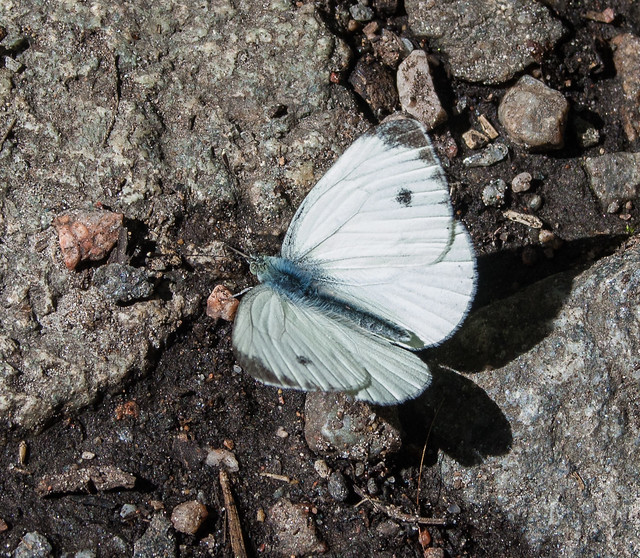 Out of curiosity, does anyone know what kind of butterfly this is?

The coastal path was dotted with a couple of little beaches, and I mean little. The photo below was a beach. Seriously. To me, it was a little novel because my experience of beaches is hundreds of metres, even miles, of sand. 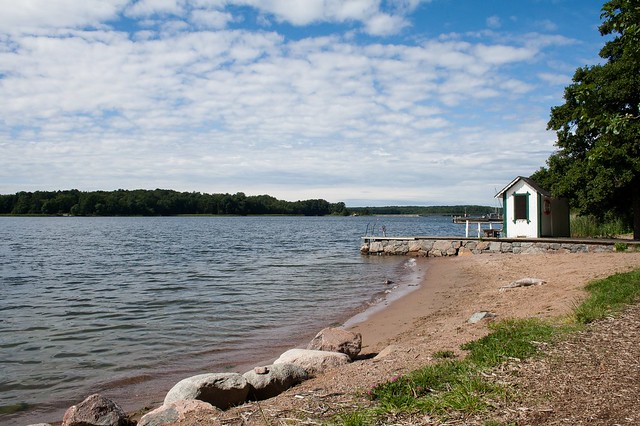 For lunch, we found a small shop near the beach in Erikso and sat on a picnic bench drinking coffee and eating ice cream. Lunch also gave me chance to plow through some more Magonia, which I was absolutely hooked on. 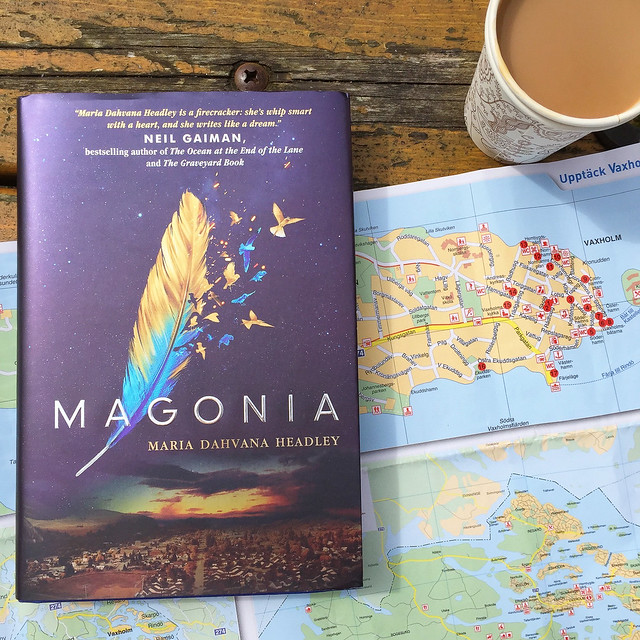 The beach where we had lunch was a little busier, but it wasn’t overcrowded at all. It must be nice to be able to vacation to somewhere with a beach that’s beautiful and peaceful, it’s a rare combination.

I didn’t just enjoy the little island of Vaxholm, the trip and to from it was fascinating. As the boats are a means of transport for the locals as much as tourists, the boats stop off at the islands to pick people up drop them off. 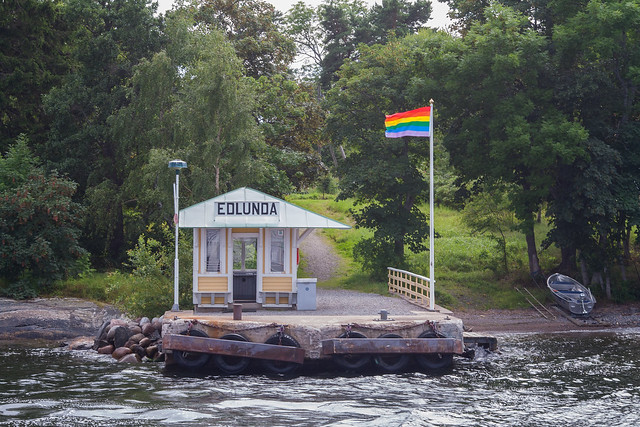 They use something called a semaphore, which is a circular foldable sign and people on the island use that to let boats know that they want them to stop. 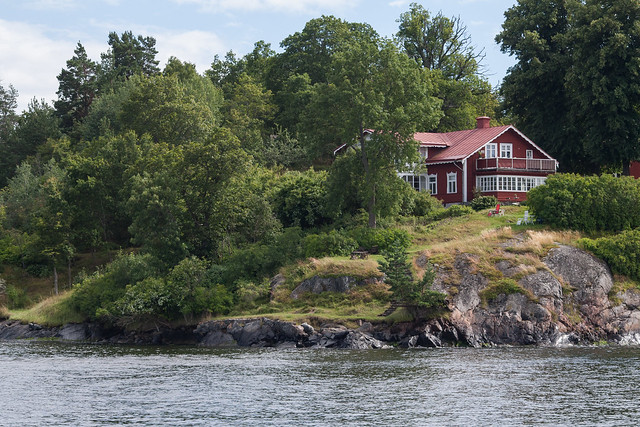 I’m completely sold on the Stockholm archipelago. I could happily go and live in a pretty coloured house on an island in the middle of the archipelago. My burning question is though – what do you do if you really fancy a takeaway? Does anyone deliver?

As everyone I speak to about Sweden has been asking about the costs, I’m going to be including any costs in my blog posts about Stockholm.

That is a bit pricey in comparison to British public transport, for example it costs £6 for a return trip to Birmingham on the train which takes around 40 minutes each way. However, it’s hard for me to truly compare since I’ve never taken a boat trip in the UK as a mean of transport. It wasn’t a huge expense to us while we were there, so I didn’t think it was that expensive.

We’re going to return to Vaxholm later on to talk about our canoeing in the archipelago.

Would you like to live on a little island in the middle of the sea?

Discover Reykjavik with a free walking tour from CityWalks