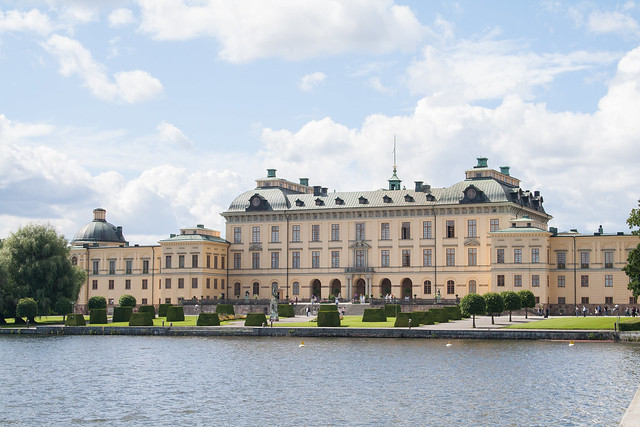 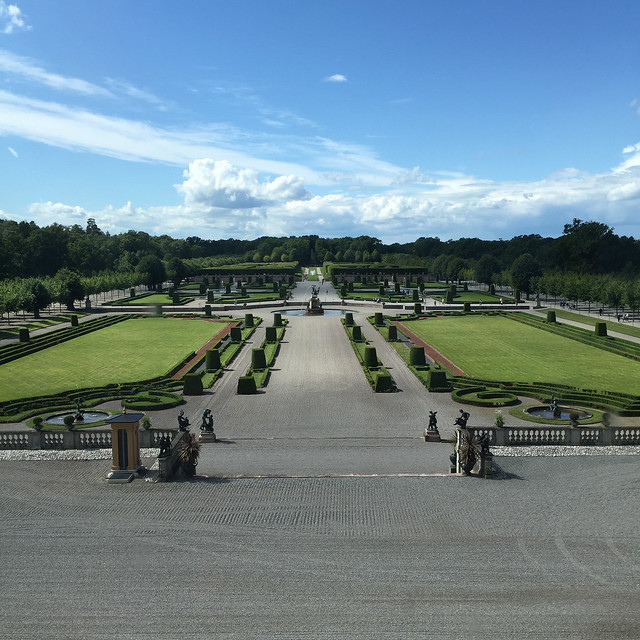 You all know I’ve got a thing for castles and palaces, so a visit to Drottningholm Palace, the home of the King and Queen of Sweden, was high on my list of things to do in Stockholm. 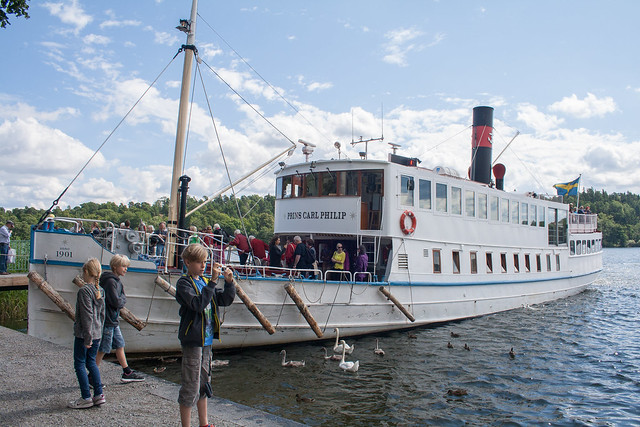 We got a boat from by the city hall, which took around 40 minutes. I’ve got to say, arriving at a place by a boat is the coolest way to arrive at a palace.

Drottningholm Palace is a grand, cream-yellow coloured beast that looks pretty symmetrical to me, which is perfect for photos.

As a visitor, you can only walk around one half of the palace, which makes sense as the royal family actually live there, but there is still a lot of rooms you can go into. 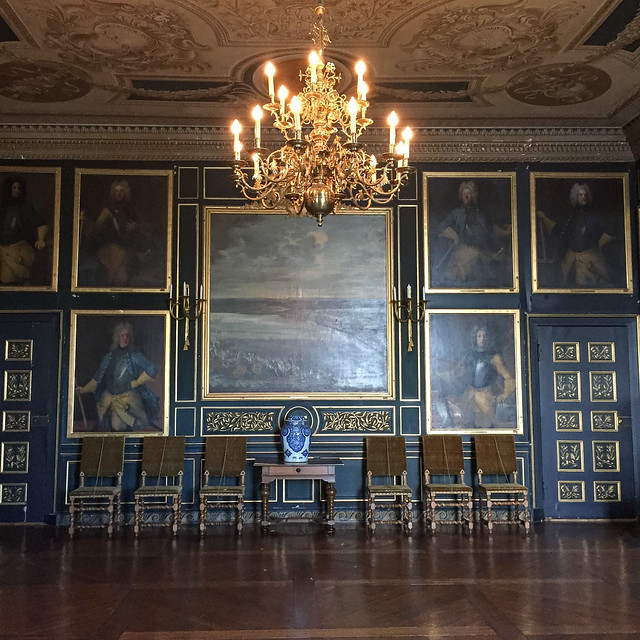 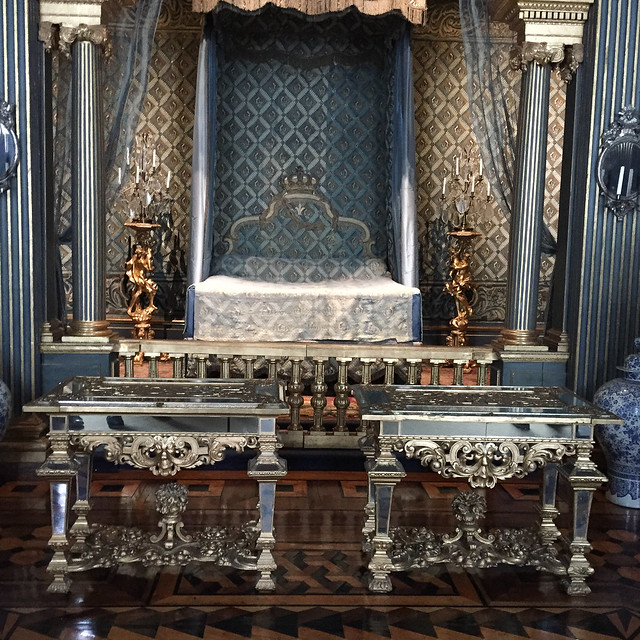 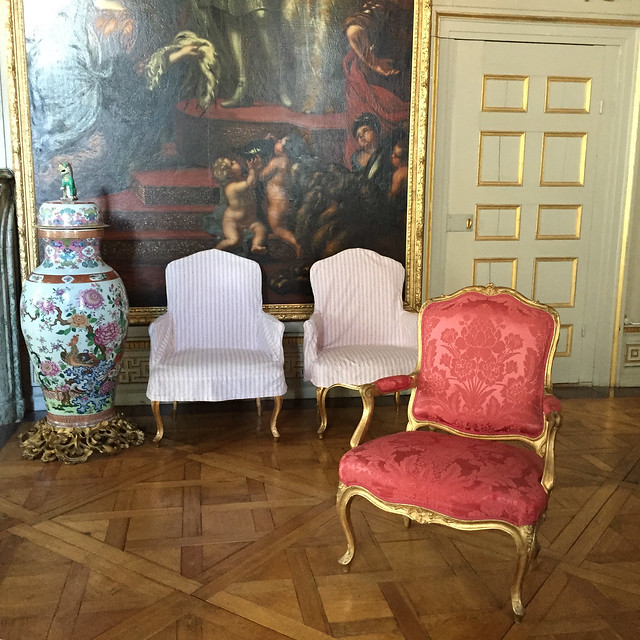 The majority of rooms you go around relate to the palace’s history, and they are just oozing luxury. I couldn’t even begin to imagine what the cost of items in one room must be. It is the epitome of luxury and grandness.

There wasn’t much at all on the current royal family, which was a little disappointing. You see a lot of their photos about in Stockholm, even in the airport, so I thought I could learn a bit more about them at Drottningholm, but I didn’t.

I also kinda wanted to see photos of how the parts they live in are decorated, just to see if they live with a ridiculous traditional and fancy scheme, or whether they have something a bit more normal. Well, as normal as can be for royalty. I doubt their half of the palace is furnished in IKEA, though my Mum is convinced it is. 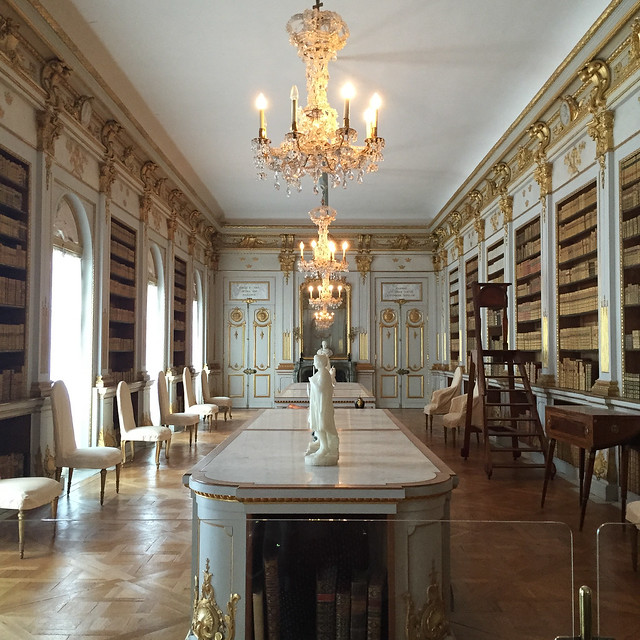 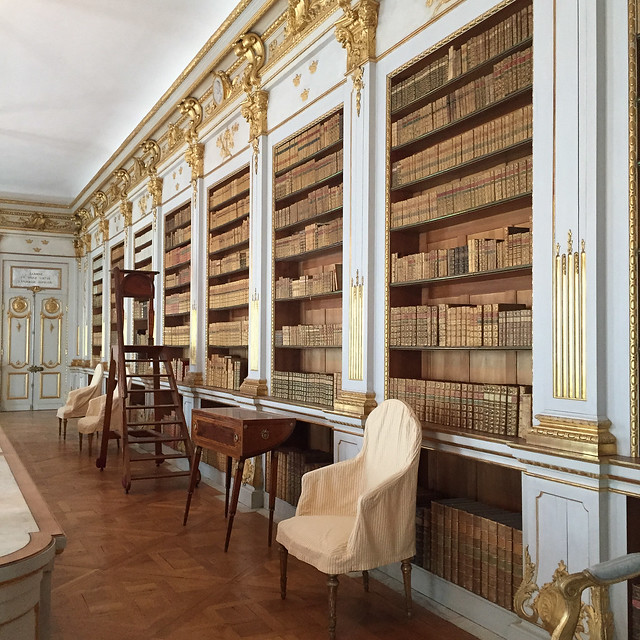 The library was my favourite part. It’s the grandest and fanciest looking library I’ve ever seen. Can you imagine what it must have been like to be able to stroll in, pick up a book and read in that room? With the stunning views over the gardens as well? I imagine it’s pretty close to my idea of heaven on earth. 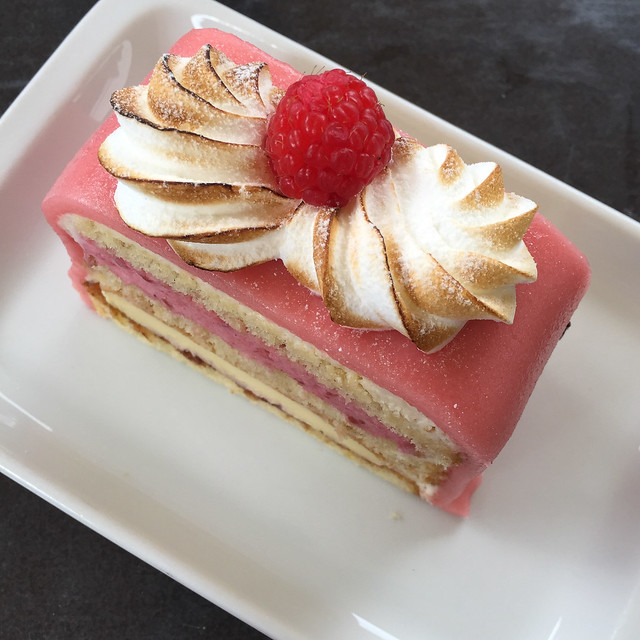 It took us around an hour and a half to walk around the palace, which led us perfectly into lunch time. Of course, I went for cake because why would I choose a sandwich over a pink cake?

I’m going to do a whole post about cakes and pastries in Stockholm, so don’t worry about that. If you’re interested though, it was called an Estelle backless, named after the Swedish princess. 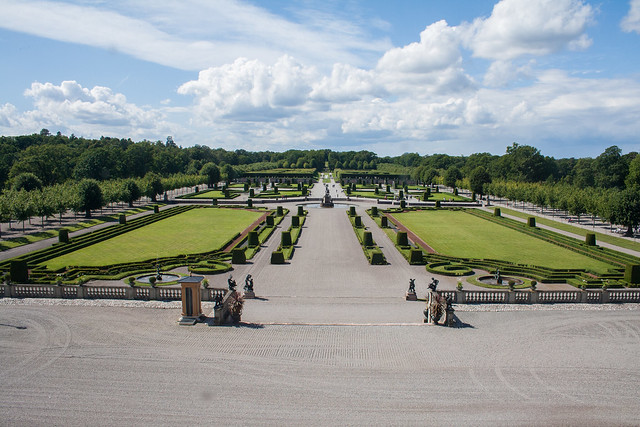 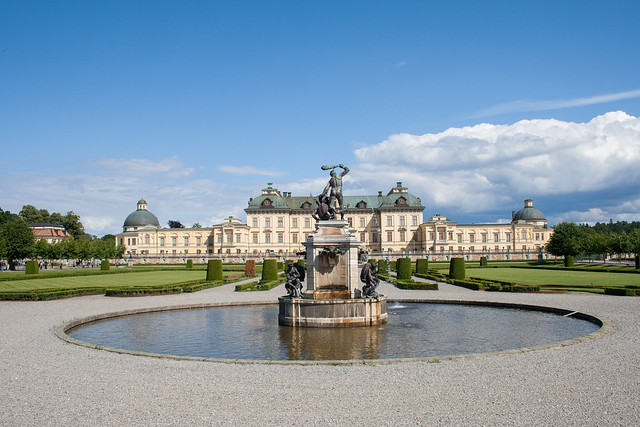 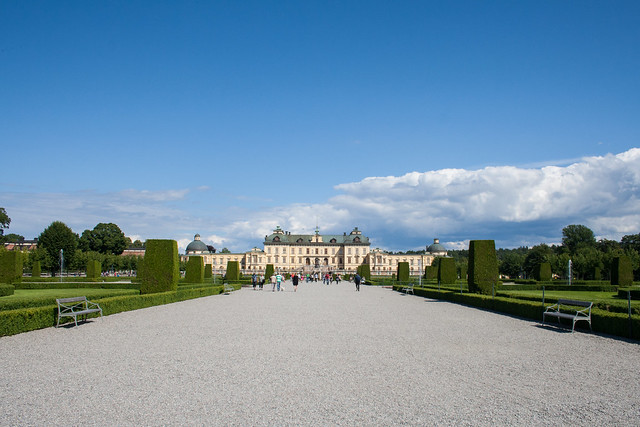 After stuffing our faces with coffee and cake, we went for a walk around the gardens. They were huge and glorious. We could have walked around them for hours, but my sister wanted to get back into Stockholm to do a bit of shopping. 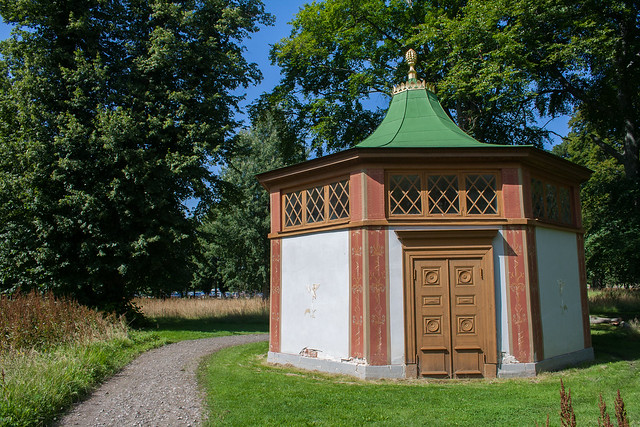 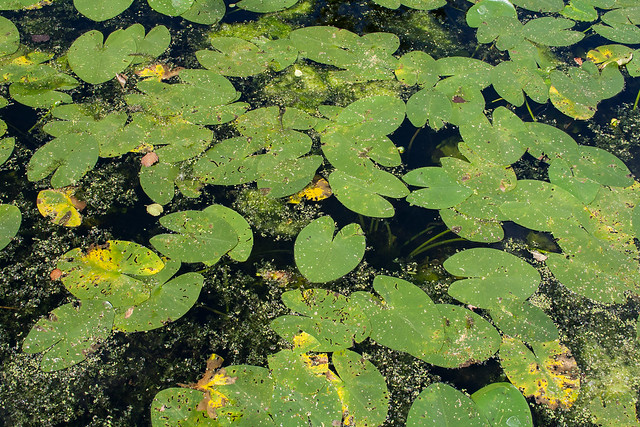 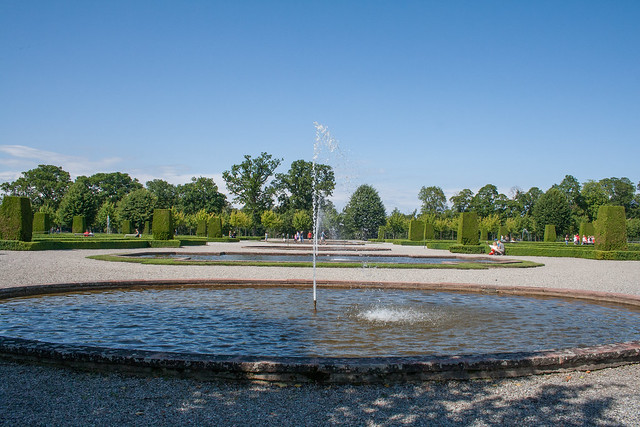 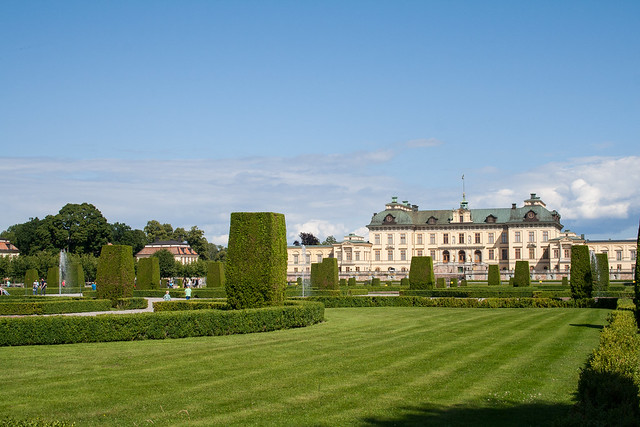 The great thing about the gardens at Drottningholm Palace is that they’re open to the public for free, so you can just wander around the gardens whenever you fancy it. That must be nice if you live in the area. I wonder if the royal family ever get to enjoy it?

Entrance to Drottningholm Palace was pretty reasonable, and inline with what we’d pay in the UK to get into things like National Trust or English Heritage properties. An adult ticket is 120 SEK, which is around £9.30, and a student ticket was 60 SEK, which is £4.51. That’s probably a better student discount than we get in the UK.

Have you visited a palace or a castle lately?